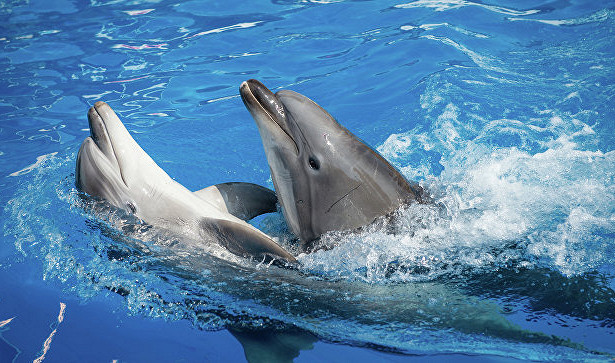 The process of pairing some fish species living in the waters of the Gulf of Mexico is accompanied by loud sounds that can lead to partial or complete hearing loss in dolphins and sea lions. This is reported by scientists from the University of San Diego in the US, the newspaper The Guardian.

Researchers studied the waters of the delta of the Colorado River in the state of California, where annually hundreds of thousands of fish of the hunchback family come to spawn. The data of the underwater device that fixes the sound waves allowed the biologists to come to the conclusion that the sound emitted by the fishes during the pairing is comparable to the rumble of the fans in the filled stadium.

“This spawning can be considered one of the most high-profile wildlife manifestations on Earth, and certainly it is the loudest sound released by fish that has ever been recorded by scientists.” The sound is strong enough to cause at least temporary, if not permanent, hearing in marine mammals that hunt nearby, “said one of the authors of the study, Timothy Rowell.

Scientists note that for spawning, the croakers for a week are in a territory that is less than a percent of their usual habitat. This is used by local fishermen, who annually catch two million tons of fish, which puts this species in danger of extinction. The authors of the study hope that their method of “eavesdropping” on fish will allow to more accurately determine the state of their population and help to preserve this species.