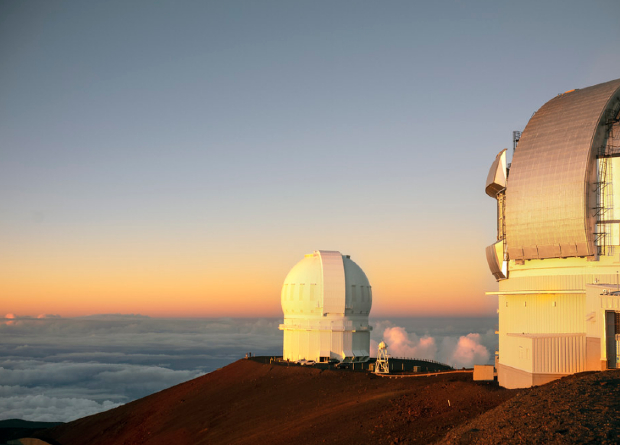 In May 2021, the Mauna Loa atmospheric observatory recorded a record carbon dioxide concentration averaging 419 ppm (parts per million) per month. At the same time, over the past five months of this year, the concentration of CO2 has become 2.3 ppm higher than in the same period last year. The message was published on the website of the US National Oceanic and Atmospheric Administration.

Currently, there is a network of meteorological stations in the world that, among other indicators, track changes in the level of the average concentration of CO2 in the air. Their locations differ in latitude, altitude, distance from cities and industrial facilities – sources of anthropogenic greenhouse gas emissions into the atmosphere. The data received at these stations are processed and analyzed by national and international public organizations and scientific groups. This makes it possible to track and predict global climate change.

One of the most important atmospheric observatories in the northern hemisphere is located in the Hawaiian Islands on the southern slope of the summit of the Mauna Loa volcano. It allows you to obtain data on the concentration of carbon dioxide in the background area, remote both from forests (carbon dioxide absorbers) and from large cities (sources of its entry into the atmosphere). The meteorological data is processed by scientists from the Scripps Institute of Oceanography at the University of California San Diego, as well as by the National Oceanic and Atmospheric Administration.

This graph is called the Killing curve and shows the change in the concentration of carbon dioxide in the air, which was measured at Mauna Loa over the past 60 years.

In May, meteorologists recorded the highest CO2 concentration in the air over Mauna Loa since 1958. It averaged 419 ppm (parts per million) per month. In 2020, the concentration of carbon dioxide was 1.8 ppm higher than in 2019, which is slightly lower than the annual increase in recent years and may be associated with the consequences of the pandemic. However, over the past five months of 2021, it has already increased by 2.3 ppm compared to the same period in 2020, which corresponds to the growth rate of 2010-2019. Probably, the level of 419 ppm can be considered a record not only for Mauna Loa: in 2017, scientists reported a global average concentration of 412 ppm and noted that it was the highest in the last 23 million years.

And NASA shows that Earth is getting greener, as a result of the increase in CO2.