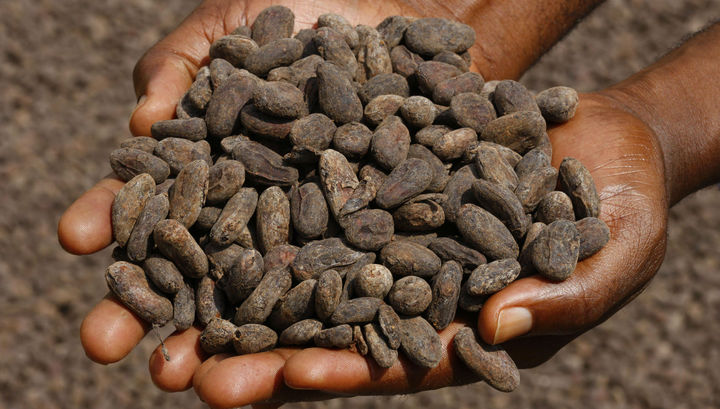 Cocoa beans were used as money in the heyday of the Maya, scientists found. Perhaps the decrease in the amount of this product played a certain role in the death of the famous civilization.

It is known that the ancient Maya never used coins as money. Instead, they, like many other ancient civilizations, preferred natural exchange, using tobacco, corn and cloth for this. For example, the Spanish colonial records of the 16th century indicate that Europeans even used cocoa beans to pay workers. True, it is unclear whether they were an important currency before they arrived.

To find this out, archaeologist Joanne Baron of Bard College, USA, analyzed Maya artwork. She focused on published research, and also studied various images created during the classical period of the Mayan history from 250 to 900 AD.

According to the researcher, the image of cocoa beans was not found among the early drawings, but in later works (by the 8th century of our era) they were shown much more often. Approximately at this time, people apparently began to use beans as money (in other words, an element that was widely distributed as payment for goods or services, and not as a one-time barter).

Usually the Maya made from cocoa beans a hot drink served in a clay bowl. And just in one of the earliest works (the middle of the 7th century), the scientist noticed such a cup in the hands of a woman who offers her to a man in exchange for the dough used to make tamali. However, Baron believes that this image demonstrates that cocoa beans (and the products created on their basis), in spite of the exchange made, were not yet used as money, but rather were barter goods.

The other works are spoken of later, in those days beans, apparently, became more often used as money – original coins (in the form of fermented and dried cocoa beans).

The author also studied about 180 different scenes found on ceramics and wall paintings (dating from 691 to 900 AD). Attention was given to those who portrayed goods delivered to the rulers as a tribute or tax. In the drawings, it was sometimes possible to notice such goods as tobacco and corn grain, but most often pieces of cloth and bags with dried cocoa beans were depicted.

According to Baron, taking into account the fact that Maya rulers collected cocoa and cloth as taxes, it can be said that both items were eventually used as money.

“They collected much more cocoa than the palace consumed,” she says, adding that the surplus was probably used to pay workers and buy things in the markets.

According to the anthropologist and expert studying the Mayan civilization, David Freidel of the University of Washington in St. Louis, the Mayans were very fond of cocoa, and this product was much more valuable than the same corn, because the cocoa trees were exposed to poor harvests and grew poorly near Mayan cities.

Some scientists believe that the drought led to the decline of the classical period of the Mayan civilization. Baron suggests that the disruption of cocoa supplies, which fueled political power, in some ways played a role in the economic collapse.

However, Freudel is not sure that the more frequent artistic image of cocoa necessarily indicates the increased importance and use as a currency. Over time, more and more people began to depict any scenes on ceramics, he says.

The specialist is also skeptical of the fact that the deficit of cocoa contributed to the death of the Maya. Cocoa beans were not the only type of currency (if they existed), Freudel observes, fabric and other goods (corn or some types of green stone) could also be used as cash.

The results of the work are presented in the scientific publication Economic Anthropology.