Mayan cities waged a “total war” against each other 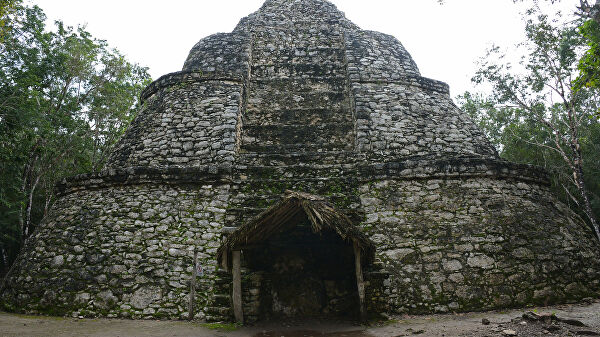 The first serious military conflicts between the city-states of the Mayan Indians began to arise almost 500 years before the collapse of this mysterious civilization. This once again indicates the presence of not only climatic, but also political reasons for its extinction, archaeologists write in the journal Nature Human Behavior.

“This discovery is extremely important for understanding how the Mayan states functioned and what role conflicts played in the collapse of this civilization. We showed that the“ total war ”was not a product of the last era of its life, it originated much earlier. It was not limited to capturing prisoners for ransom and sacrifice, “said David Wahl of the University of California, Berkeley, USA.

The Mayan civilization lasted several millennia, leaving behind many “dead cities” and cultural monuments on the Yucatan Peninsula, disappearing from the face of the Earth around the tenth century AD, when most Mayan city states were abandoned by their inhabitants. The causes of this civilizational collapse are still the subject of controversy among scientists.

One of the possible reasons for the collapse of this civilization, as many archaeologists today believe, could be droughts caused by climate change, as well as overpopulation of Mayan cities. The first evidence of this theory was found in 2012 during excavations in the territory of Tikal, one of the largest cities of the Indians, where scientists discovered a complex system of reservoirs and canals, testifying to the importance of water in the lives of its inhabitants.

On the other hand, recent excavations in the territory of Seibal, one of the largest Native American “policies” in Central America, showed that the Mayan civilization survived not one, but two collapses. One of them occurred approximately 600-700 years before the complete disappearance of the culture of these Indians.

The reason for this and that decline was, as archaeologists have suggested, was not the lack of water, but the political instability in the region and a series of military conflicts and attacks on the city, as a result of which the number of its inhabitants fell sharply. Now scientists are actively discussing what was the reason for these “urban wars”, whether they were related to access to water or some other factors.

Val and his colleagues discovered new evidence that Mayan city states always fought with each other, excavating on the territory of Uitsna, one of the largest “cities” of the ancient Indians, located northeast of Tikal in the territory of modern Guatemala.

This city, according to the Mayan chronicles of that time, was at enmity with the neighboring polis, Naranjo, in whose domain it belonged to certain historical eras. On one of the columns in this policy there is a mysterious inscription that says either that the lords of this state attacked and conquered Uitsna for the second time, or that there was a kind of “fire” in 697 AD.

Scientists could not get an exact answer to this question for a long time, since the word “pului” supposedly means Mayan rituals using fire, and fires, and war. American archaeologists and geologists have tried to solve this riddle by organizing excavations on the territory of Uitsna and its immediate vicinity.

Having collected samples of silt from the bottom of one of the local lakes, which has existed for several thousand years, Val and his colleagues were able to restore the history of fires in this city, as well as to monitor how its population was changing. In parallel, scientists analyzed the results of excavations conducted on the territory of Uitsna after its discovery in the last century.

It turned out that the city really survived several fires over the past two thousand years, the most powerful of which occurred approximately in 692 – at the same time, which is narrated by chronicles of the hostile Naranyo.

This fire affected all the buildings in Uitsna, including the palace of its rulers, and led to a sharp reduction in the number of inhabitants, which affected the amount of pollen from cultivated plants and other traces of civilization in the soil at the bottom of the lake. All this, according to the archaeologist, suggests that in 697 or 692 Uitsna was ravaged and burned by the army of Naranjo, and its inhabitants were completely exterminated or were forced to leave the city.

Similar, albeit less large-scale events, according to the “climate record”, could have occurred in earlier historical eras, in 520 and 370 years of our era. So whether or not this remains to be seen.

On the other hand, this discovery, according to Val, suggests that the word pului meant a phenomenon well known to mankind in the history of the 20th century – the classic “total war” on the complete destruction of the enemy. Judging by the presence of this word in earlier chronicles, including in recordings from Tikal, a similar character of conducting “foreign policy” was quite commonplace for Maya for almost half a millennium.

It is possible that other “ambiguous” words associated with the Mayan warfare, such as “chopping” a city or “knocking it down”, also indicated events during which the enemy policy literally wiped off the face of the Earth, the archaeologist concludes .