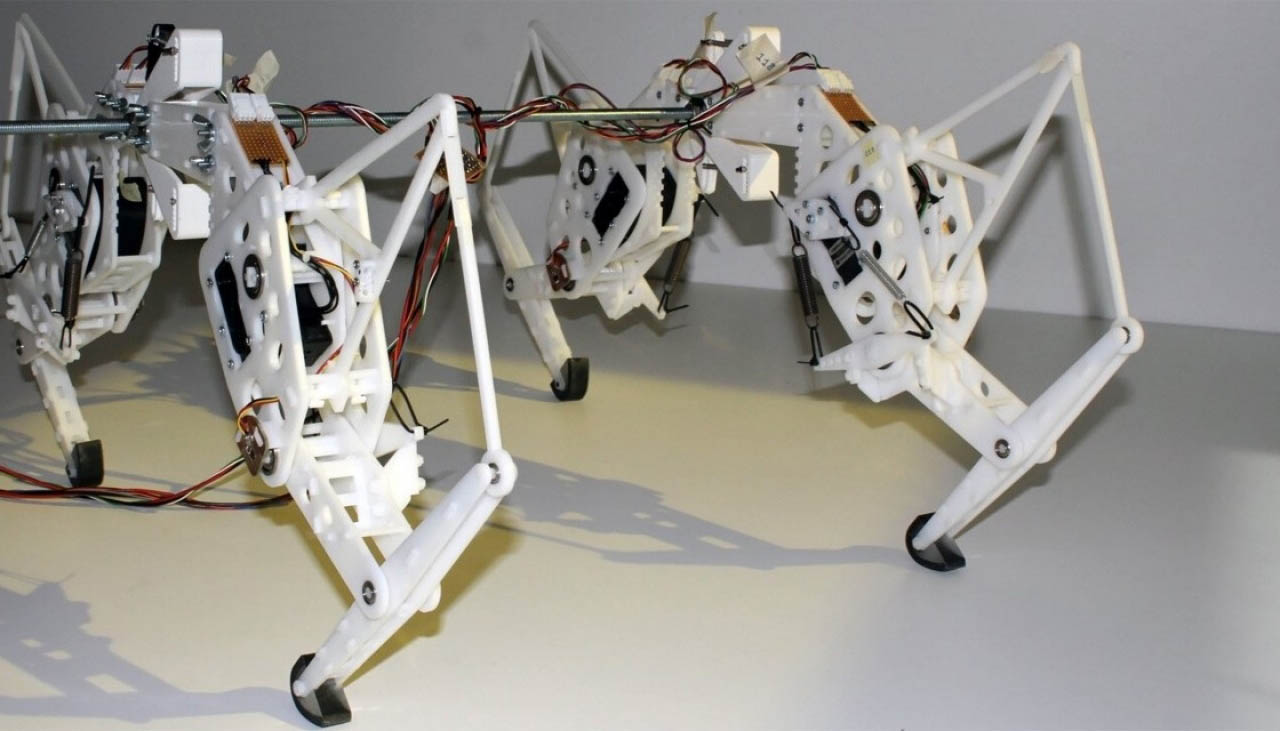 Geert Folkertzma, a researcher at the University of Twente, the Netherlands, devoted four years to creating a miniature robotic version of the fastest land animal – a cheetah that is capable of mimicking the movements of a carnivorous cat.

Folkertzma explains that, as one would expect from the fastest terrestrial animal, the cheetah expends its energy very effectively. According to the engineer, he wanted to create a robot that uses the same principles that would give the knowledge and experience necessary to create a new generation of better machines. Robots play an increasingly important role in everyday life, and therefore the speed and nature of their movement is extremely important for normal contact with the society. As the scientist himself notes, his personal robot vacuum cleaner can not even cope with the high threshold or independently climb the ladder, and therefore its functionality is severely limited. New robots should be able to move completely autonomously and as less as possible to experience problems with movement, and therefore the cheetah is an ideal candidate for research.

Typically, walking robots are large in size and in that they spend a lot of energy to perform the basic mechanics of movement, while wild cats move smoothly and quickly. Folkertzma studied a lot of videos of cheetah movement and used special software to analyze the work of different muscle groups. The main advantage of the animal was the spine, which allows not only to run fast, but also to make huge jumps. “The main difference between existing walking robots and my cheetah robot is that we imitate nature without unnecessary complication: instead of vertebrae and intervertebral discs, my team used special springs that gave the same effect,” the scientist explained.

The prototype weighs 2.5 kg, and its length is 30 cm, which is twenty times lighter and four times smaller than a real cheetah. Taking into account the difference in weight, the robot moves, using only 15% more energy than the animal and currently can reach speeds of up to 1 km / h. According to Folkertzm, in order to make the robot faster, it is necessary to conduct more research and complicate the design. In the future, it can accelerate to 20 km / h. Now the scientist is working on new robotic paws, which will allow the prototype to become an order of magnitude faster and give it additional stability.