Megaliths appeared 7000 years ago in France 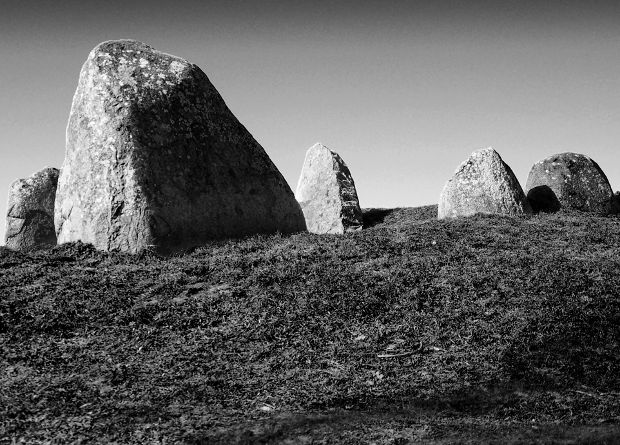 Megaliths in Europe began to build in the north-west of modern France in the second half of the 5th millennium BC, according to Proceedings of the National Academy of Sciences. From there, their construction technologies spread along the Atlantic and Mediterranean coasts to other parts of the continent. This is evidenced by a comparison of radiocarbon analysis of bones and coal, preserved under megaliths and in burials

In Europe today there are about 35 thousand megaliths. These include detached stones, as well as circles, rows and megalithic tombs built from them. The ancient inhabitants of the continent built most of them near the coast in the Neolithic and in the copper age. Megaliths are found on the Atlantic coast – from Sweden and Denmark, to northern Spain and Portugal; in the Mediterranean – in southern Spain and France, in Sicily, Corsica and Sardinia; in Switzerland and northern Italy.

In the XIX – XX centuries, researchers made several assumptions about the origin of megaliths. As one of the versions, it is believed that some one nation began to construct them, and then the technology spread throughout the continent. Among the possible sources of the emergence of megaliths, researchers called the Middle East and the Mediterranean. According to one hypothesis, the technology of the construction of the megaliths brought with them representatives of the priestly elite or missionaries who migrated from the Mediterranean to the British Isles and the territory of modern Spain and Portugal. Later, a method of radiocarbon analysis appeared, which allowed dating the remains of people and animals, as well as charcoal, preserved in the cultural layers under megaliths and in burial grounds. The results of the first dating did not support the theory of the unified origin of the technology. Then came the assumption of several centers for the emergence of megalithic construction technologies; researchers called Portugal, Andalusia, Brittany, and the south-west of England as probable places. This hypothesis still remains the main scientific literature. However, over the past decades, radiocarbon dating has improved markedly. In addition, there are many new data that can be examined for the validity of the first or second hypothesis.

This took up the historian Schulz Paulsson (B. Schulz Paulsson) from the University of Gothenburg. He analyzed and compared the data of radiocarbon analysis of 2410 European megaliths, pre-catalytic structures and structures created with megaliths at the same time. Data was obtained from the 1960s to the present.

It turned out that the ancient megaliths, which were small closed structures or dolmens (structures that resembled a table), were built in the second half of the 5th millennium BC. They met in the northwest and southwest of France, in Spain, on the Channel Islands, Sardinia and Corsica. The oldest of them, apparently, was the necropolis of Passy in the Paris basin. This is the only complex in Europe where house-analytical structures and transitional structures to megalithic structures are preserved. The oldest person buried here died in 5061–4858. A little later, megalithic burial sites appeared on the territory of modern Brittany, on the Mediterranean and Atlantic coasts of Spain. In the first half of the 4th millennium BC, megaliths appear in western Europe – on the British Isles, other parts of modern France and Spain. Finally, in the second half of the 4th millennium, megalithic technologies reach Scandinavia and monumental structures appear in the territories of modern Sweden and Denmark. 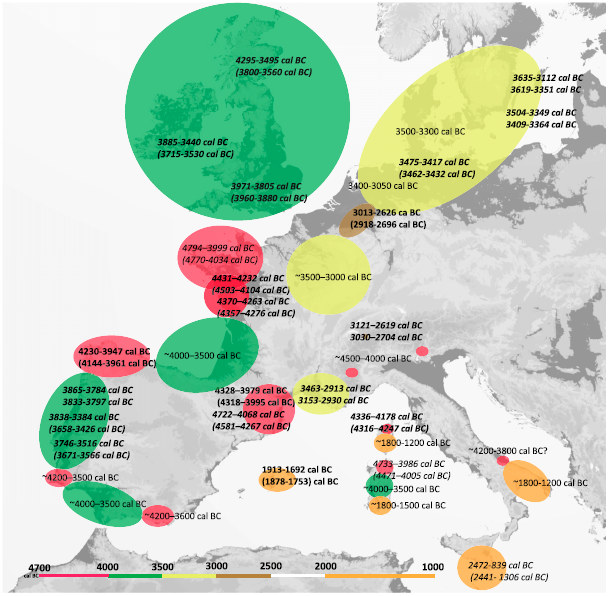 Map of the distribution of megalithic construction technologies according to the author’s article.

Paulsson believes that his results confirm the hypothesis of a single center of the emergence of megalithic technologies. The oldest megalithic structures appeared in the north-west of modern France, and their construction technologies spread along the sea routes along the Atlantic and Mediterranean coasts in three main steps.

A few years ago, archaeologists found another megalithic structure near Stonehenge – its contemporary of the same age. At first, the researchers decided that they had found under the ground more than 90 standing stones. But a year later it turned out that the underground blocks were pits for wooden posts. Apparently, the monument was not completed, and then completely destroyed. The pillars were pulled out of the ground and used to expand other elements of the complex.