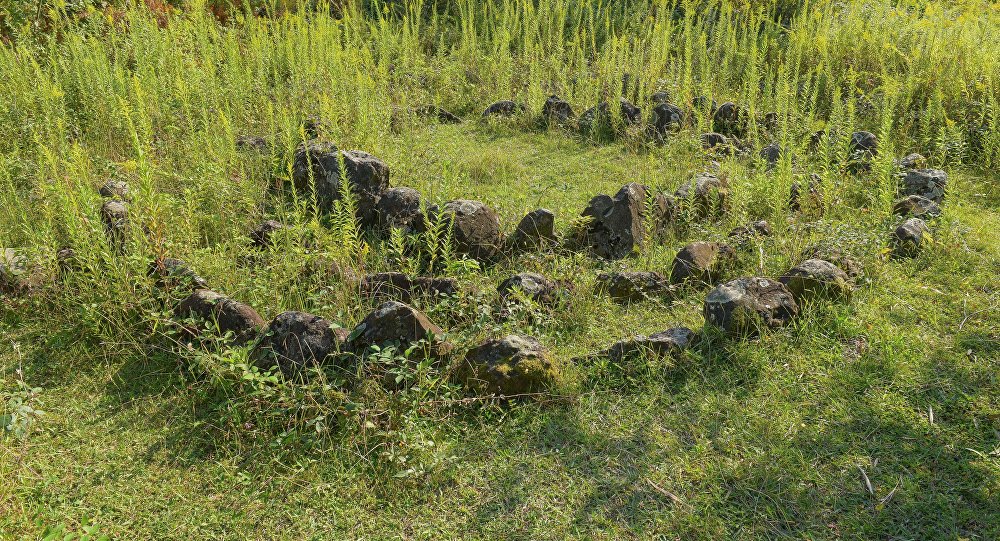 Forty five years ago in the schoolyard in Lower Asher scientists came across a four-thousand-year cromlech.

It is difficult to find one of the oldest cult constructions of the republic in tall weeds thickets, the correspondent of Sputnik Vladimir Begunov visited the Eshersky cromlech.

Weapon and jewelry on the school site

The ancient megalith is located in the yard of school, invalid since the Georgian-Abkhazian war, in Lower Asher. To find it, without knowing an exact arrangement, it is possible only at random, having wandered with one, on the other side of the destroyed school building, and then suddenly to come to an overgrown glade where among a grass the stones standing around are visible.

— The archeologist Georgy Shamba researched it in 1969, I was then on this expedition — the head of department of archeology of ABIGI Igor Tsvinariya says. – We dug out two cromlechs, everyone consists of four circles of stones. Western remained completely, and east it is dilapidated.

In the book “Eshersky Cromlechs” Georgy Shamba writes that the local teacher of history reported to scientists about a find. He told that during works on a school kitchen garden unusually delivered ranks of stones together with ancient objects and bones are found. Archeologists arrived and began to dig out an ancient sanctuary, it was necessary to remove a meter layer of earth. Finds struck – more than five hundred objects: ceramics, daggers, tips of arrows, pins, suspension brackets, buckles, a beads decorated with semiprecious stones, and also a set of human bones.

According to archeologists, stones for cromlechs were delivered from a calcareous stone quarry in five kilometers. The distance between circles of stones was filled up with pebble which was brought from the seashore, too from far away.

Cromlechs appeared about four thousand years ago. Two millennia they acted as ritual objects, and were abandoned only with arrival Romans here at the beginning of our era. 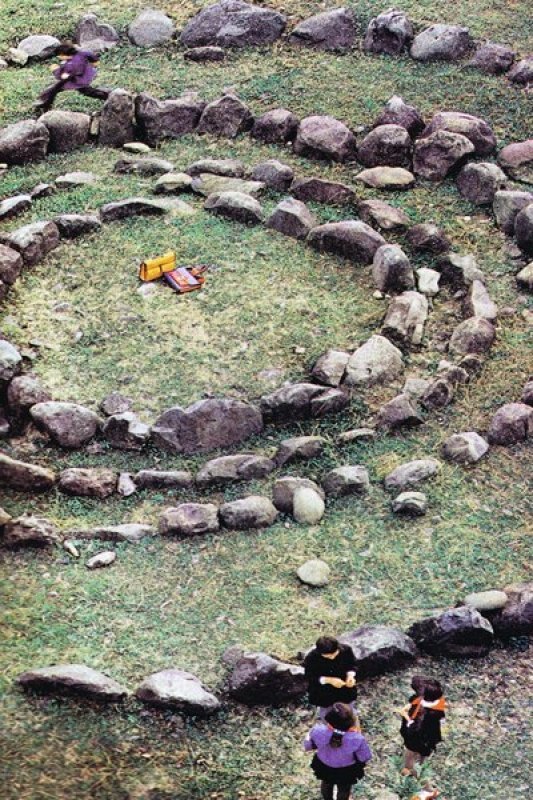 Eshersky cromlech during the Soviet period

Death from a lightning

To understand how the cromlech worked, it is necessary to tell a little about the ancient cult which has arisen in the childhood of the world. In science it is called animism. It is belief in spirits. Souls of people, both live, and dead, animal, objects and natural phenomena were spirits, on representations of people of that time. They shared on angry and kind. Angry sacrifices were brought that to cajole them. Subsequently on the basis of animism the Shamanism – belief that the person having the highest knowledge can rule over spirits was born. Among spirits is higher than others two were put: spirit of a stone and spirit of the sun. The spirit of a stone, according to ancient people, had sacral knowledge because the stone is eternal and strong, and the spirit of the sun ruled over the world. Respectively temples were made of a stone in the form of the sun. Their construction is described in one of the most ancient books of mankind of Avest. In the center of a cromlech burials were made. As scientists consider, buried not all, generally there — soldiers. With special honors buried the dead from a lightning, it was considered as divine death. 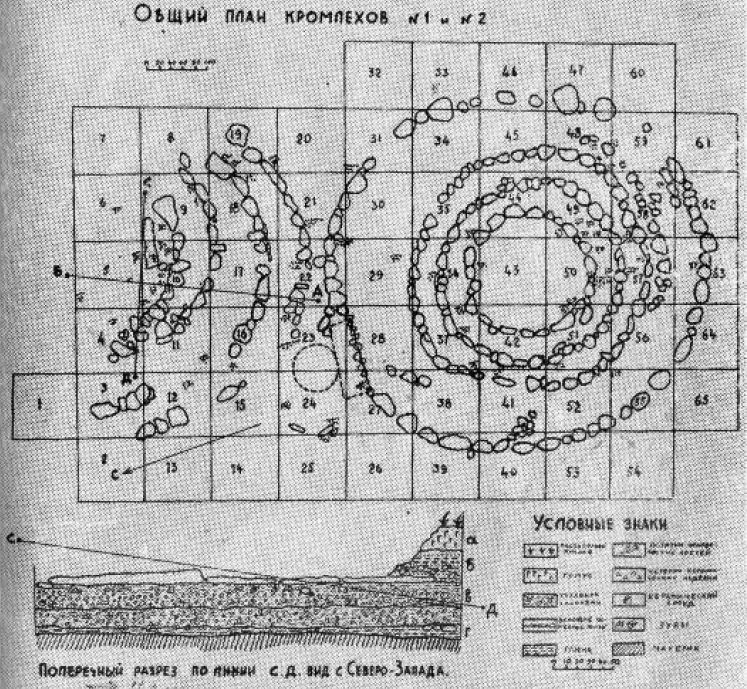 Secondary burial practiced in Abkhazia. It is mentioned still by Apollon Rodossqui who has presented to the world the myth about Argonauts. The body of the dead person was wrapped in a skin of an animal and suspended to a tree in a sacred grove. When it decayed, bones transferred to a cromlech, a dolmen or a cave. For some reason not everything, during excavation has almost not been found edges and vertebras. On beliefs of that time, the spirit of the person couldn’t leave completely a body while on bones there was a flesh. Bones put in a cromlech, filled up with pebble and covered with calcareous plates. This ceremony was carried out in an eshersky cromlech throughout nearly twenty centuries. Perhaps, at a cromlech there were priests who watched a ritual. 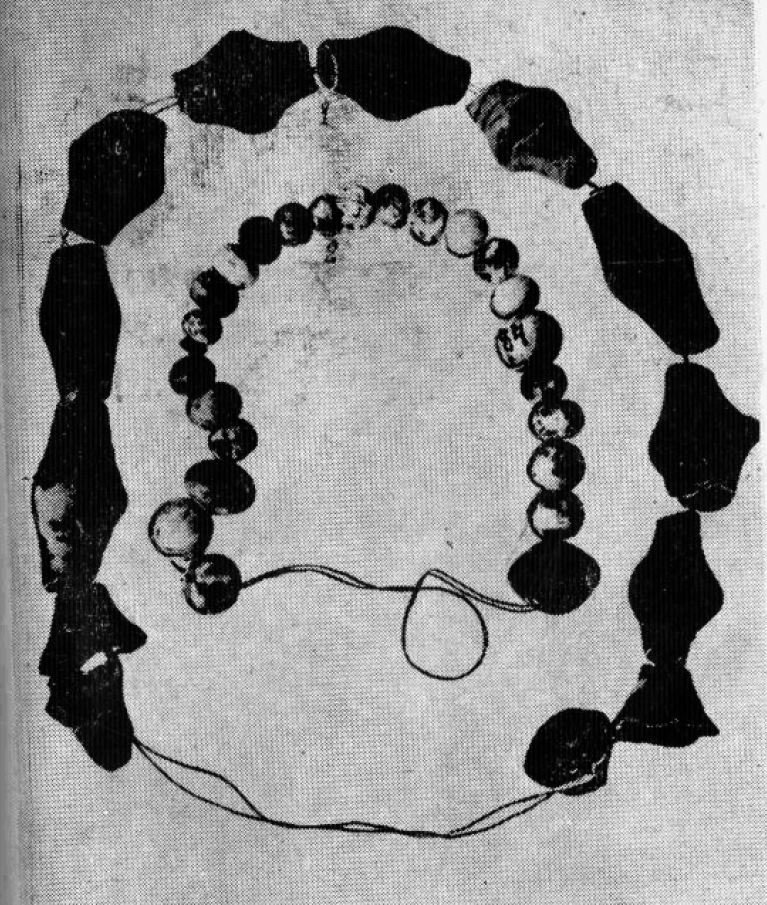 Georgy Shamba wrote that the ceramic ware of obviously ritual nature found in an eshersky cromlech because it was the tiny copy this: five-centimetric circles and thirty-centimetric jugs.

— This construction the doskifskikh of times of a bronze age — Igor Tsvinariya says. — Early I dug out what can be seen in Asher — a late form of a cromlech in Otkhare, under a six-meter barrow. There, unlike Eshera, the whole megalytic complex with a dolmen in the middle and semi-cromlechs around.

According to Igor Tsvinariya, in Abkhazia still there can be also other cromlechs which aren’t found yet. In general these constructions are found throughout the world.

Now eshersky cromlechs strongly grassed, visit them seldom. Fresh photos can be found only in blogs of the tourists turned on mysticism. They specially go here that, like the far ancestors to touch something mysterious, beyond the physical world.