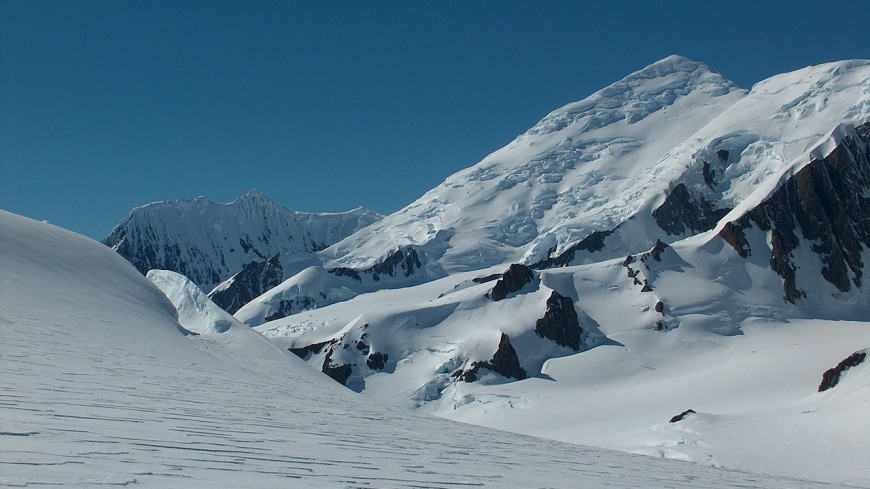 Melting glaciers in Norway, retreating, discovered an ancient mountain passage and hundreds of historical artifacts belonging to the Vikings. Researchers first noticed the pass in 2011 and have since carefully studied the place, reports Antiquity.

The ancient people who passed there left behind a lot of objects. Thanks to the ice layer, they are perfectly preserved. Scientists dated them and determined that the mountain passage was used from the Roman Iron Age (300 AD) until the Viking Age (1000 AD).

Archaeological finds included horseshoes, snowshoes, pack horse bones, sled debris and a runed cane, as well as travelers’ utensils (knives, vessels, a wooden game, a tin box and even a spinning wheel). In addition, it was possible to find blue textile matter, a Viking gauntlet, shoes and a fully preserved Roman tunic. Some objects still have not been able to identify, since scientists have nothing to compare them with.

“The safety of the objects under the ice is simply overwhelming. It’s as if they were lost quite recently, and not centuries or millennia ago, ”noted the author of the scientific work, Espen Finstad.

Scientists have suggested that along this pass people traveled to agricultural farms built higher in the mountains. It is also possible that merchants exported goods such as deer horns and hides outside of Norway.

In order not to get lost, identification signs were placed on the route – pyramids or mountains of stones. The pass also housed an inn. Studies have shown that people have used this mountain road for 700 years. But over time, it was abandoned. Scientists came to the conclusion that a whole range of reasons could affect this: the economic downturn, climate change, the devastating pandemics of the late Middle Ages (including the Black Death). When life in Norway returned to normal, the pass was long forgotten.

Archaeologists noted that the glaciers in this region continue to melt, which means that new historical values ​​will open.