Melting ice in Antarctica is reversible 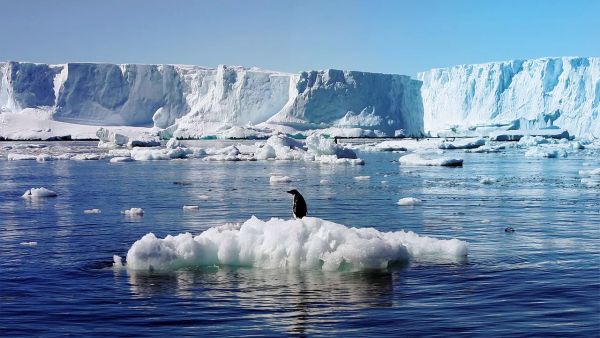 A research team from the universities of Cambridge, Edinburgh and Washington University have noticed that the melting of ice in Antarctica may be reversible. The results of the work were published in the journal Nature Communications.

The study combined satellite imagery as well as climate and ocean data to determine the effects of the melting of the West Antarctic Ice Sheet, which contains enough ice to raise global sea levels by 3.3 meters. Since the early 1990s, scientists have observed a sharp acceleration in ice melt in this region, which has been attributed to anthropogenic climate change over the past century.

Now experts have identified marked regional differences in how the West Antarctic Ice Sheet has evolved since 2003 due to climate change. It turned out that this is influenced by changes in the strength and direction of coastal surface winds.

Since the prevailing winds in this part of Antarctica blow from the west, when they increase, they lift warmer and saltier water from the deep ocean, which reaches the Antarctic coastline and increases the rate of ice melt.

However, in the period from 2003 to 2015, off the coast of the Amundsen Sea sector, the intensity of the prevailing westerly winds decreased. This meant that deeper and warmer water could not penetrate the ice. This is illustrated by the corresponding behavior of glaciers, which have a pronounced reduction in the rate of melting. Scientists attribute this to an unusual deepening of the low-pressure system of the Amundsen Sea, which led to the intrusion of less warm water.

The results of the work show the difficulty of identifying patterns in the behavior of ice in West Antarctica, which again raises the question of predicting the behavior of the ice continent in the context of global warming.