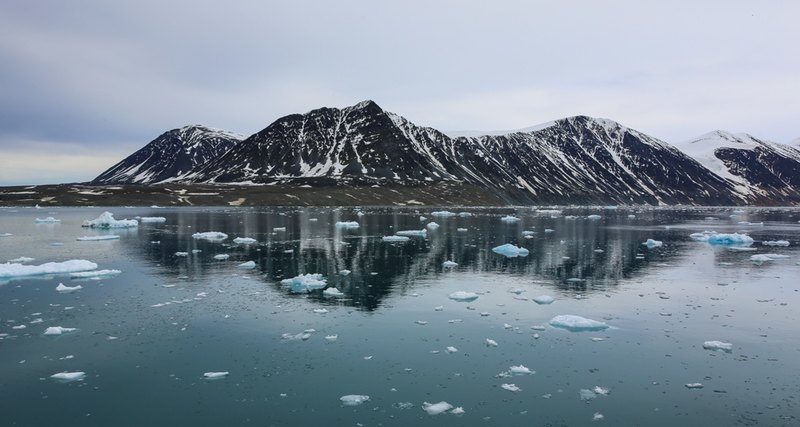 Employees of the Murmansk Marine Biological Institute (MMBI) completed a large-scale expedition to the Arctic, during which they made a number of discoveries about marine flora and fauna. As the deputy director general of MMBI, Doctor of Biology Pavel Makarevich told, in particular, it was possible to find out why the water area, which is free from ice melting, remains unoccupied.

One of the main results of the expedition, according to Makarevich, was the recording of the fact that the melting of ice due to warming does not lead to an increase in the so-called productivity of the ocean, that is, the increase in the number of representatives of flora and fauna. “Earlier it was believed that the less ice, the more sun the flora would get, the more photosynthesis and development of plankton, and beyond it of the animal world, the increase in population including commercial species. But studies of this have not confirmed, <...> and we have found a scientific explanation for this, “the scientist said.

Murmansk biologists explain this situation by the fact that the ice is a natural repository of spores of plankton that freeze into it, and in the spring, when melting, they “sow” the bottom. Therefore, if there is no ice, then this process stops, and plankton does not multiply. As a consequence, fish and marine animals do not come. At the same time, Murmansk scientists believe that the reduction in the area of ​​ice is temporary, so the reverse process should begin soon. Other results of the expedition, including those relating to Arctic pollution, will become known after the processing of the collected samples, which is planned to be made approximately by February 2018, Makarevich added.

The Svalbard archipelago is unique for scientists, since it allows one to study the nature of the Arctic in connection with economic activities that have been conducted on it for a very long time. MMBI conducts scientific research in the archipelago area since the 1960s. This expedition was a continuation of the studies begun in April and July. To conduct work, the institute received funds from the Federal Agency of Scientific Organizations.

The thirty-day flight of the research vessel (NIE) of MMBI “Dalnie Zelentsy” was held in the Spitsbergen area. According to the institute, the scientists worked in the territorial waters of the archipelago – in the Isfjord, and studies were conducted along the route in the Barents and Norwegian Seas. NIS “Dalnie Zelentsy” is the only Russian scientific vessel operating in the territorial waters of the Spitsbergen archipelago. This is facilitated by the agreement on joint research between the MMBI and the University Center in Svalbard (UNIS).

Murmansk scientists together with colleagues from the Institute of the Arctic and Antarctic (AARI) and the University Center in Svalbard under the conditions of the polar day in July and the polar night in November conducted a wide range of studies. Temperature, salinity, hydrochemical parameters of sea water were measured, samples of microorganisms and zooplankton were sampled, samples of sea water, bottom sediment for chemical and radioactive contamination were selected for anthropogenic impact assessment.

From plankton to whales

In general, this year’s expeditions allowed Murmansk biologists to open many new facts. As previously reported by TASS Makarevich, the institute’s staff were able to detect microalgae at a depth of 300 meters. Previously, the maximum depth was a mark of 40-50 meters, because the sunlight does not penetrate deeper.

Another discovery concerned the largest Arctic animals – the bowhead whales, more precisely the East Atlantic population of this species, listed in the Red Book. Its representatives in the world – only about 100 individuals. Murmansk scientists during the expedition along the ice edge in April were able to see 12 whales.

Scientists noted and changes related to warming, which is reflected in the water temperature. According to the expeditions, after the retreating ice to the north, the thermophilic species of plants and animals also move. So, for the spring expedition, scientists discovered about 15 species of plankton, which previously did not live in such latitudes.

Migratory and animals, the so-called bottom communities – mollusks, crabs, some fish. Scientists have discovered a needle-fish, an arctic relative of the known fish from the Red Sea, hundreds of kilometers to the north of the places that were considered the boundary of its habitat.