Men begin to lose chromosomes in their blood cells as they age. 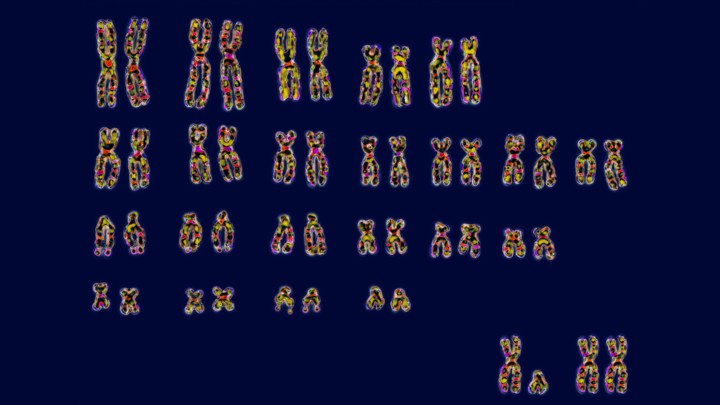 In the 1960s, physicians counted the number of chromosomes in human white blood cells and noticed a strange phenomenon. Cells often lose their Y-chromosome with age. Over time, it has become clear that this has consequences. Studies link the loss of a Y-chromosome in the blood to cancer, heart disease and other disorders.

The new study – the largest of all – shows that 20 percent of the 205011 men in a large genetic database called UK Biobank have lost Y chromosomes. By the age of 70, 43.6% of men had experienced the same problem. It is unclear why this is the case, but the authors believe that these losses may be the most obvious sign that something else is happening in these people’s bodies: they allow the accumulation of all kinds of mutations, and these mutations may be the main causes of cancer and cardiovascular disease.

Mutations, after all, constantly spontaneously emerge in the human body. Each cell division leads to errors up to incorrect copying or loss of the whole chromosome. Thus, during the course of life it can lead to what scientists call a “clonal mosaic” in which the human body is a mosaic of different populations of cells, each of which has its own accumulated mutations. To some extent, this applies to everyone, but as we age it becomes more and more relevant. “The older you are, the more mistakes you make in cell division,” says John R.B. Perry, a Cambridge University biologist who led a recent study.

In blood, the loss of a Y chromosome in some cells is the most commonly observed mosaic, but there are countless other examples. In women, some blood cells lose one X chromosome. Other subgroups of blood cells can get mutations in just one gene, lose only a small amount of the chromosome, or even get a whole chromosome. (Red blood cells have no DNA at all, so this applies only to leukocytes.)

Perry and his colleagues also wanted to understand why the Y-chromosome disappears in some men, but not others. They investigated whether certain genetic variants were predisposed to other male chromosomes in one way or another, and eventually found 156 variants associated with the loss of the Y chromosome. Many of them are also close to cancer susceptibility genes, and the same variants correlated with a higher risk of prostate and testicular cancer in men, as well as glioma, kidneys and other cancers in both men and women.

But why is the Y-chromosome lost more often than others? It is the smallest chromosome and probably the most optional. Probably because it carries relatively few genes, its loss is better tolerated than others,” says David Stinzma, an oncologist at the Dana Farber Institute of Cancer. But the fact that the loss of a Y chromosome is so common, he says, also suggests that it may give some small advantage to cells that have lost it. Researchers have found men who have lost a Y-chromosome in 87% of the blood cells.

Perry says that the advantage may be the lower energy cost of dividing by one chromosome less, or it may be the binding of the suppressive gene growth to Y. In any case, this is important because all the blood cells in your body are in great competition with each other for resources. A mutation that gives you a small advantage will allow the cells with it to win. In fact, according to Perry, the formation of human blood cells is “an ideal example of evolution on a micro-scale.

In recent years, researchers have begun to gain a much more detailed understanding of the various subsets of blood cells that live within a single person. Which has changed history, as it is a technological opportunity to look at the entire genome,” says Lambert Basque, a blood cancer biologist at the Hôpital Hotel