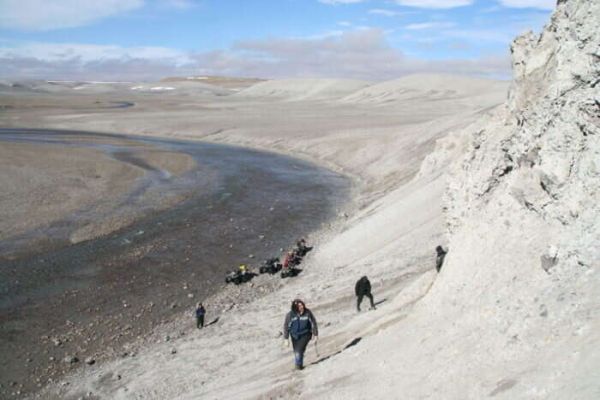 What if impact craters, long considered the harbingers of the death of living organisms, are in fact the “cradle of life”?

For planetary scientist Gordon Osinski from Western University, USA, this topic is not only a private scientific problem, but a red thread runs through his entire bright academic career.

In a new study, Osinski shows that impact craters should be prioritized by space agencies such as NASA and ESA. According to the scientist, the promise of impact craters is not only that they contain invaluable evidence of geological processes that took place after the impact, but also that – and this is perhaps even more important – that they can serve as shelters for extraterrestrial life forms.

“There are a large number of different hypotheses pointing to the places where life could first appear on Earth, or where you should look for its traces on Mars. However, I believe that we are missing a major geological driving force that may have given rise to life, as well as major places on the surface where life forms may have survived – I mean, respectively, meteorite falls and the resulting impact craters, ”said Osinski. , who is the director of the Institute for Earth and Space Research, Western University.

At the head of an international team of scientists, Osinsky conducted extensive field and laboratory studies of impact craters, complementing the results of the researcher’s many years of work in this scientific field.

According to Osinsky and his colleagues, the penetrating nature of meteorite impacts and the increased frequency of these events during the first 500 million years of the solar system indicate that impact craters may have served as the places where life on Earth was formed. However, it is not possible to know exactly whether this hypothesis is true in the case of our planet, since over billions of years plate tectonics, wind and water erosion, and volcanism have erased ancient rocks from the face of the Earth. However, on Mars, impact craters can still store a “record” of ancient events, including a possible event of the origin of life – if life once existed on Mars. So Osinski stresses the importance of exploring the Martian Jezero Impact Crater with NASA’s new Perseverance rover heading towards it.

The research is published in the journal Astrobiology.