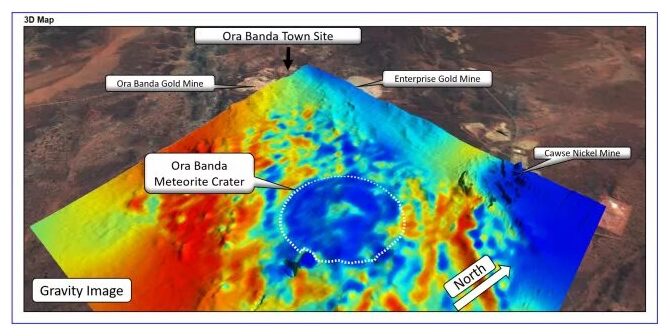 Gold miners in the Australian outback recently discovered a giant meteorite crater dating back about 100 million years ago, when dinosaurs roamed the Earth.

Discovered near the western Australian city of Ora Banda, the recently named Ora Banda impact crater has a diameter of about 5 kilometers. This huge hole was probably created by a meteorite 200 meters in diameter.

When geologists at the Australian gold mining company Evolution Mining stumbled upon several unusual rock cores in Ora Banda, they called Jason Meyers, chief geophysicist, director and founder of Resource Potentials, a geophysical consulting and contracting company in Perth. Meyers examined core samples obtained by geologists, as well as rock samples from the scene, and immediately noticed clear signs of a meteorite falling.

“The energy released from the impact of the meteorite was more than the combined energy from any atomic test ever conducted,” Meyers said.