Meteorologists reported the completion of the La Niña phenomenon 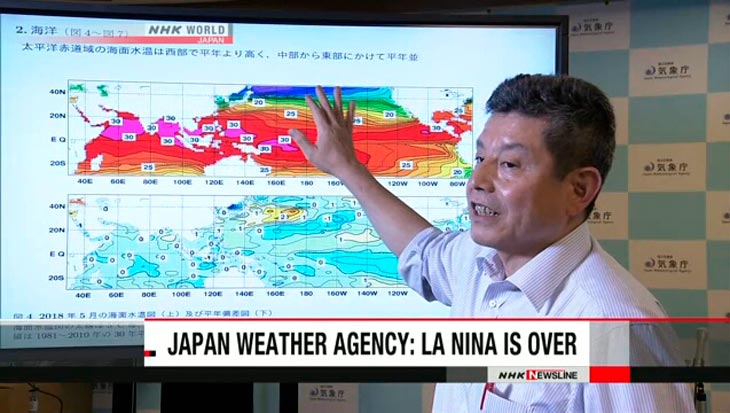 The Japanese Meteorological Office reported that the La Niña phenomenon appears to have come to an end.

La Niña is a phenomenon in which the temperature of the surface of the Pacific Ocean near the equator in the Peru region falls below the average. It affects the weather across the planet. In Japan, during the winter, they were explained by the anomalous snowfalls that swept across many parts of the country.

Representatives of the meteorological office say that in the fall of this year the El Niño phenomenon may occur, which in turn leads to an increase in the ocean surface temperature above the average mark. If such a phenomenon occurs in the autumn or winter period, in Japan there is a warm winter.