“Methane bomb” woke up in the Laptev Sea 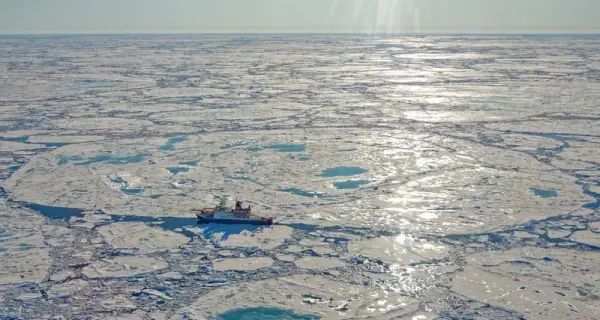 In the Arctic Ocean, deposits of frozen methane are released, which scientists call the “sleeping giants of the carbon cycle.” Experts are concerned about this process, as it can greatly affect the climate.

Volcanoes, pandemics and fires are trends of the past, now nature has decided to surprise us with something new

The sediments of the Arctic slopes contain huge amounts of frozen methane and other gases known as hydrates. Since methane is 80 times more warming than carbon dioxide, the US Geological Survey has listed the destabilization of Arctic hydrates as one of the four most severe scenarios for abrupt climate change.

An international team aboard the Russian research ship Akademik Keldysh reported that most of the gases are currently dissolved in water, but the methane level at the surface is four to eight times higher than normal.

“It is unlikely that this will affect global warming instantly, but the bottom line is that this process has already started. The East Siberian hydration system has been disrupted and the process will continue, ”said Swedish scientist Erjan Gustafsson.

The research team noted that these are only preliminary findings. To confirm the scale of the emissions, it is necessary to go back and re-analyze the data obtained.

The leading researcher of the vessel, Igor Semiletov, said: “Of course, there is always a lack of measurements, because what is it that one vessel has passed is a thread. We have already recorded over a thousand such powerful areas of bubbly methane emissions, we call them seeps. And we try to visit the most interesting every year, five to ten. But the territory is huge. We lack data, our estimates are understated. “