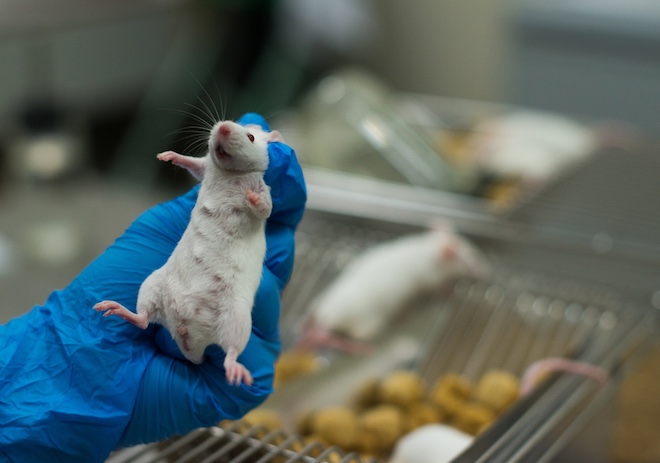 Rats, mice and other rodents attracted to the opposite sex by using ultrasonic signals. As researchers found, guttural mechanism for creating mouse “Serenade” unique to the world of fauna and recalls the source of a characteristic high-frequency “whistle” in jet engines.

The story of Cohen Elemans from the University of southern Denmark in Odense and his colleagues, unlike other animals, the mouse, it turns out, emit ultrasounds are not vibration of the vocal cords, and accented thin stream of air from the lungs through the inside of the larynx. Almost the same thing happens inside a jet engine during their startup, takeoff and landing, when, being close, you can hear the “whistling howl”. Similar to the movement of air flows at supersonic speed engineers use for cooling computers.

Experiments on mice using a high-speed camera showed that the birth of this sound is dominated not cords epiglottic cartilage, as previously thought, and the thyroid cartilage, without which the rodents become dumb. What is the mechanism of “singing”?

Coming from the lungs the air flow collides with this cartilage. This leads to acoustic waves which come into contact with the air, coming down in the side where are the vocal cords. The received ultrasonic pulses were distinguished by purity and stability. Rodents can control the sound by changing the velocity of the air.

Scientists assume that a similar mechanism may be found in other mammals. For example, bats that require such signals for orientation in the dark.