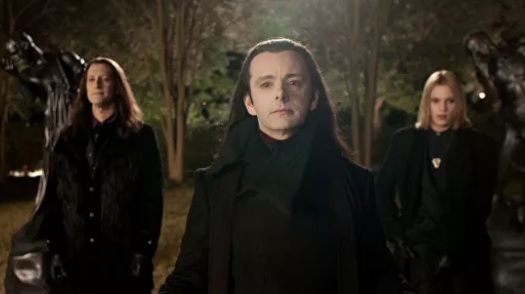 British actor Michael Sheen, known for his role as the vampire Aro in Twilight, said on a Richard Herring show that UFOs were landing in his hometown of Port Talbot.

“I think that Port Talbot, where I come from, is on some strange map of aliens,” said Shin. “I remember the story of a lady who lived in the neighborhood. She was always very serious and did not write nonsense. So, once, she told us that in the morning she was making coffee in the kitchen, when she suddenly saw a flying saucer, which fell and hovered over her yard, and then flew away. ”
The actor recalled a few more mysterious cases.

“I was returning from school, about to turn onto the road that led to my house, and suddenly I saw lights appear in the sky. They turned, then went overseas, and then completely disappeared,” Shin said.

According to him, about five years ago, on Christmas Eve, his father saw the same lights in the sky.