Michio Kaku believes in the existence of God 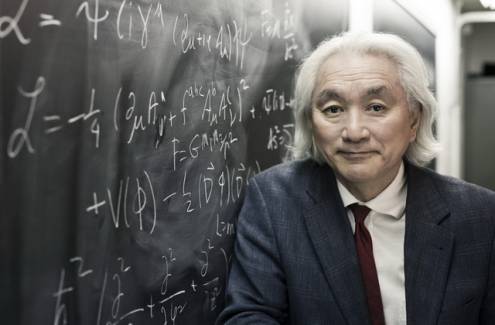 Mitio Kaku – a well-known theoretical physicist, futurist and best-selling author – has developed a theory that proves the existence of God with the help of the so-called String Theory.

Dr. Kaku is convinced of the fact of intelligent design of the universe, which is quite irritating to the academic community – he is one of the most famous, respected physicists of the world, co-author of the string field theory (one of the directions in Theory of Strings).

“I came to the conclusion that all of us in this world are guided by laws, rules, which, in turn, established Mind,” he said.

According to Kaku, the very purpose of physics is “to find an equation that allows us to unite all the forces of nature and read the mind of God.”

Since String Theory just offers a unified description of gravity and elementary particle physics, it claims to be the “Theory of Everything” status.

To this conclusion (about the existence of Reason in the universe), Dr. Kaku came after the experiment with “primitive semi-radial tachyons” (as he calls them).

Tachyon is a particle that moves faster than light. Many physicists, however, believe that such a particle is not in nature, because its existence is contrary to the known laws of physics.

As Einstein and other scientists noted, the special theory of relativity means that if there existed particles-faster-than-light, they could be used for communication in the reverse movement of time.

Dr. Kaku used the technology developed in 2005, which enabled him, based on a primitive tachyon semi-radius, to analyze the behavior of matter at a subatomic level.

After several such experiments, studying the behavior of tachyons, the physicist came to the conclusion that mankind lives in a “matrix” – a world governed by laws and principles invented by the intellect-architect.

“I came to the conclusion that we live in a world governed by the rules that the Mind created,” he said. “It’s not your favorite computer game, but something much more complicated, incomprehensible.”

Analysis of the behavior of matter at the subatomic level under the influence of a tachyon semi-radius shows the complete absurdity of the concept of “randomness”. After all, we live in a world that is governed by stable laws and is not determined by any cosmic accident.

“This means,” Kaku remarked, “that in the universe, in all probability, there is an unknown force to us! However, this “unknown force”, which became the whole cause, gave everything existence and everything contains in its integrity, is nothing else but the person of Jesus Christ, which all Christians believe.

As Dr. Kaku understands, the whole universe is a symphony of vibrating strings emanating from the mind of God Himself. And this cosmic music resonates in 11 dimensions of hyperspace.

This American physicist of Japanese origin stated: “Physicists are the only scientists who can pronounce the word” God “without blushing.”

“It is quite obvious to me that we exist within the framework of a single plan governed by the rules that were created and formed by the universal Mind, and did not appear accidentally.”

Ok but, does that mean I should?