Microbes perish at an altitude of 30 kilometers 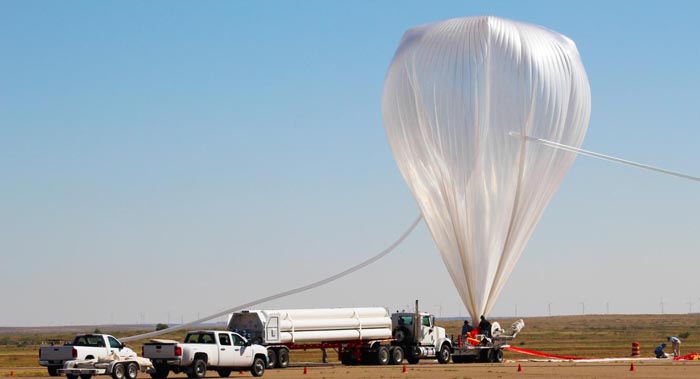 To find out under what extremely harsh environmental conditions microbes are still able to survive, scientists launched in October 2015 a gigantic research balloon about 31 kilometers above the Earth’s surface. The results of this experiment are of great importance, since they make it possible to estimate the survival of microbes exposed to cosmic radiation, which in turn allows us to assess the degree of danger of contamination of other planets, such as Mars, when spacecraft are sent to them.

On board this aerostat, called the Exposing Microorganisms in the Stratosphere experiment, or E-MIST, there were quite tenacious bacteria staying in a dormant, protective state called the state of the endospore into which some bacteria pass under adverse environmental conditions. At an altitude of 31 kilometers above the surface, the protective effect of the Earth’s atmosphere against the ultraviolet component of sunlight is minimized, and microbes at this altitude are subjected to approximately the same level of radiation as the microbes that hypothetically hit the surface of the Red Planet from Earth.

When the bacterial samples returned to Earth, a team of scientists led by David J. Smith from NASA’s Ames Research Center, USA, examined the contents of sample containers and found that 99.999 percent of the bacteria were dead. The structure of genes was significantly distorted among survivors after exposure to UV-radiation from bacteria. These studies indicate that bacteria that can travel to Mars will arrive to this planet already with altered genes. However, in order to determine whether microbes with such mutations can survive in the future, more research is needed, the authors of the article say.