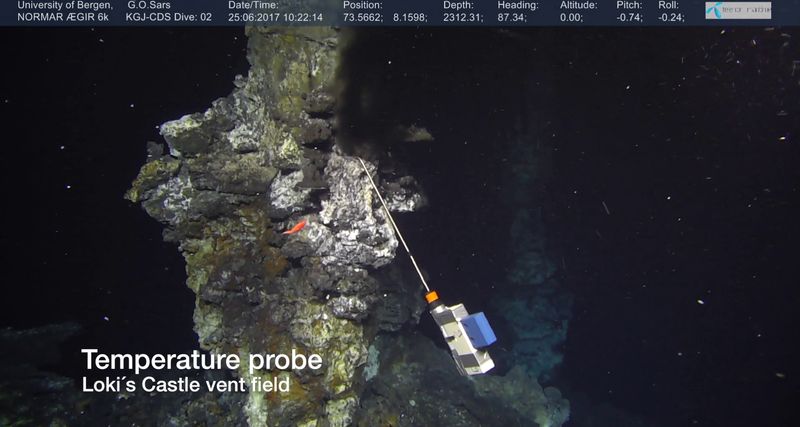 After many years of effort, the international team of scientists managed to grow the laboratory culture of the archaea Lokiarchaea. Prior to this, microorganisms were known and, as far as possible, studied only from fragments of DNA extracted from bottom silt from the bottom of the Atlantic.

Lokiarchei are peculiar microbes from the Archaean group, resembling bacteria, but arranged much simpler. Many scientists believe that a couple of billion years ago they became the ancestors of eukaryotes – organisms with a cell nucleus. From them subsequently came all the diversity of life that we now see: from a person to a sponge.

The Lokiarchaei, or rather, the traces of their presence, were isolated from the bottom sediments of Loki Castle, a well-known hydrothermal spring on the bottom of the Atlantic Ocean, between Greenland and Norway at a depth of 2300 meters. It was opened in 2005 and the uniqueness of its conditions prompted scientists to analyze the samples collected from the bottom in order to recreate the appearance of the microbes living on the basis of genetic material.

Among the genomes identified in this way, one stood out, combining the genes of prokaryotes, i.e., nuclear-free unicellular organisms, and eukaryotes, which already have a cell nucleus. The discovery of his DNA was a significant event, however, it was necessary to make sure that such a microbe really exists, and is not a mistake made as a result of contamination with extraneous genetic material.

The proof of this could only be a full-fledged living culture of the microbe. But – getting it turned out to be very difficult. Not only that, our relic lives in very specific conditions – in very hot water and at high pressure. It also reproduces very slowly. Like all normal protozoa, this happens by dividing the cells in half, into two new ones, but the speed of this process is much lower than that of the more familiar microorganisms.

“This is one of the slowest-dividing microorganisms I know of,” says Thijs Ettema, an evolutionary microbiologist at the University of Wageningen in the Netherlands.

It took 5 years to wait for the slow growth of lociarchae in a special bioreactor that maintained high temperature and the methane content typical for Loki Castle. Another year was needed to propagate the barely manifested culture in test tubes.

Finally, after many years of work, the researchers created a stable laboratory culture containing only two types of archaea. One of them is the target lociarchaeus, the second produces the methane needed for it. Together, two microbes formed a symbiotic relationship (similar colonies of bacteria and archaea were observed earlier). Scientists called this culture the Lokiarchaeon Prometheoarchaeum syntrophicum.