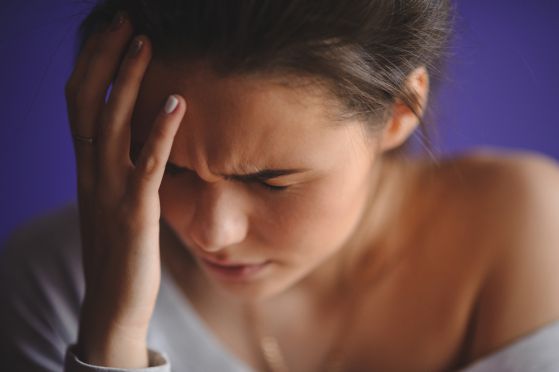 Scientists have found a genetic variant associated with adaptation to cold and an increased risk of chronic headache. It is most common among the inhabitants of Northern Europe.

Scientists have found that a genetic variant associated with an increased risk of migraine addiction is more common among residents of Northern Europe and their descendants than in the inhabitants of warmer regions. This is a variant of the gene that determines the nature of the cold receptor TRPM8. According to geneticists, this feature helped the ancestors of modern Europeans adapt to the cold climate, and the headache became a side effect. The study is published in the journal PLOS Genetics.

Earlier work related the frequency of headache attacks with a lack of vitamin D, which is synthesized in the body under the influence of ultraviolet radiation.

The TRPM8 receptor, like other thermoreceptors, perceives the temperature signals of the environment. It helps maintain optimal body temperature and prevent hypothermia. This receptor is involved in the reaction of the human eye to the cold, due to which in the cold or strong wind, eyes begin to water – so the body maintains the desired level of moisturizing the cornea.

The authors of the new work analyzed the data of international projects “1000 genomes” and the Simons Genome Diversity Project (SGDP), the creators of which sequenced the genomes of people from dozens of different populations around the world. Genetics studied where the two main variants of the gene encoding the TRPM8 receptor are common. The “old” version, which is present in other primates, is widespread in Africa, and a new one, due to the mutation, is in Europe. He was found in 88% of the inhabitants of Finland and only 5% of those from Nigeria. Computer simulation showed that the new version, most likely, arose before the release of mankind from Africa, but was entrenched only in residents of cold regions.

Geneticists say that an increased risk of chronic headache is an unpleasant side effect of the new genetic variant of TRPM8. This explains why Europeans have a migraine on average more often than those from Africa and South-East Asia. However, the researchers point out that migraine can have many genetically determined causes, and the mutation in the TRPM8 gene is only one of them.