“Milk Vortices” in the Caspian Sea 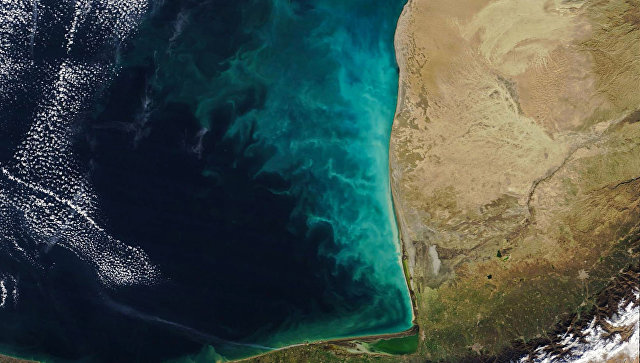 The American aerospace agency NASA published a photo of an abnormal process in the Caspian Sea, called a “milk whirlwind.”

The picture was taken on January 9 by the MODIS spectroradiometer from the Terra spacecraft. According to the agency, the wind on the surface mixes water and raises from the bottom of the sediment, which gives the coastal part of the sea a milky shade.

Scientists intend to understand the nature of this phenomenon due to the fact that it can negatively affect fishing.

NASA notes that the analysis of satellite images is a key method in monitoring the Caspian Sea.