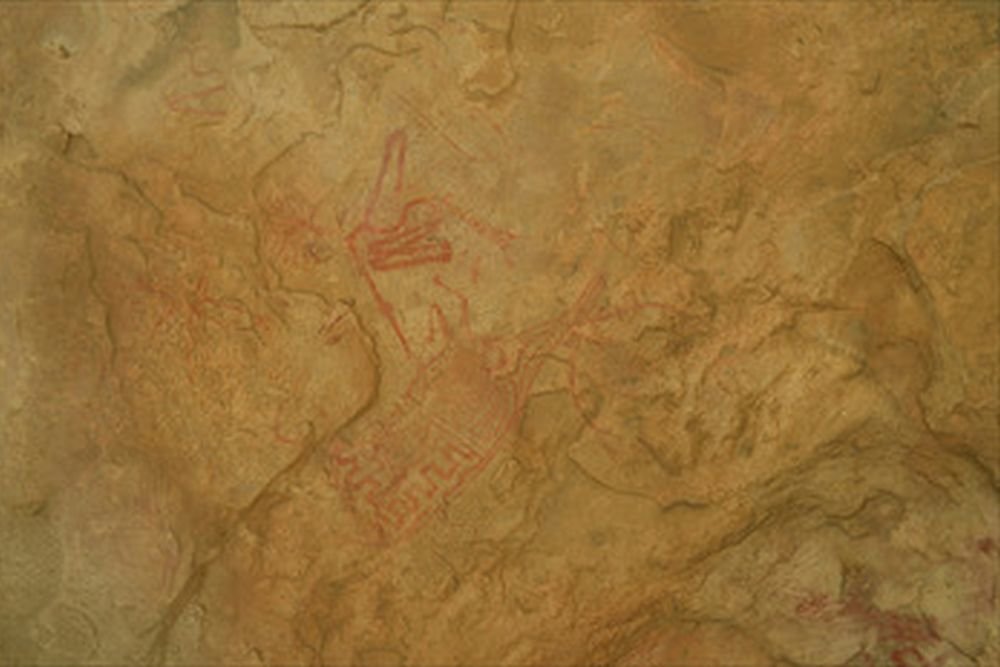 An international team of scientists has described hundreds of rock paintings found in India. The age of the earliest of them is about 30 thousand years. One of the drawings was extremely rare.

The study is published in the journal Antiquity. A rare image, as well as hundreds of other drawings, were found at the source of the Betva River in the central state of Madhya Pradesh. The first examples of rock art were found here in 1976.

In a new study, hundreds of drawings found on the slopes of local hills are described in detail. Their age varies greatly. The earliest of them were created about 30 thousand years ago, and the latest ones date back to about 1500 AD. Accordingly, the drawings vary in style, color, plot and patina.

One of them shows a man squatting over a deer, apparently hunted. This is indicated by an arrow that pierced the side of the animal. In his left hand a man holds a knife. Scientists believe that he is preparing to butcher the carcass. A bow and a spear lie on the ground next to him.

The deer is not just naturalistic. Scientists compared his image with an X-ray. The animal is painted with contour red paint, and the artist painted his internal organs in detail. The “X-ray” pattern was so detailed that it was possible to determine the morphology. Scientists believe that it was a swamp deer of the species Barasingha.

Not far from the hunter refreshing the carcass, another S-shaped human figure is depicted, apparently observing the cutting of deer. By the way, both of these people are depicted with the same feather headdresses. The figure also shows a third person. He heads for the deer, holding a bow and a spear in his hands.

Similar stories are extremely rare. In India, for example, so far only one drawing has been found depicting the scene of cutting the carcass of an animal killed in a hunt.

We add that the oldest cave paintings were painted in green, red and white. They include images of 80 animals and 67 people. Scientists also found a bird and a flower. One image could not be identified. Of the 297 found patterns, 152 are well preserved, and the rest have faded.