Millions of lakes with “primeval” water are found in Canada 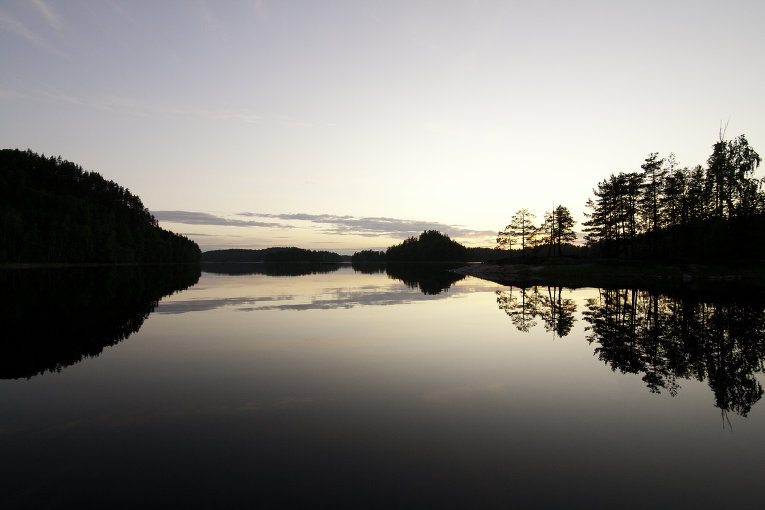 Canadian biologists have found millions of lakes in the north of Canada, whose chemical composition, temperature and other properties are identical to those of the primary ocean of the Earth 2.5 billion years ago, according to an article published in the journal Scientific Reports.

“We have always thought that the discovery of an analog of the Archean ocean will require us to discover a unique lake, the waters of which have never been mixed.” The existing models of this ocean suggest a depth of several hundred meters and the presence of several clear layers of water. Lakes is stable, despite the fact that the water in them is periodically mixed, “- said Joshua Neufeld (Joshua Neufeld) from the University of Waterloo (Canada).

The first living organisms appeared on Earth during the Archaean era, and so far there is no generally accepted point of view about how and when life began. To date, there are several fossil indications that microbes already existed in the primary ocean of the Earth about 3.4 billion years ago, but many scientists believe that life could have arisen much earlier than this mark.

Oxygen today is considered one of the main “elements of life”, however, at the time of its inception in the atmosphere of the Earth it actually was not. As scientists believe today, this was not a minus, but a plus, since oxygen and other aggressive molecules of oxidants did not interfere with the formation of relatively fragile chains of the first organic compounds and future “life blocks” in the soup of the primary ocean of the Earth.

Neufeld notes that such conditions exist today in only four water bodies located in the most inaccessible and severe regions of the planet in Indonesia and East Africa. This prevents the experiments with microbes living in these “primitive” lakes, and forces scientists to create their artificial counterparts in laboratories, which is an extremely difficult task.

According to Neufeld and his colleagues, millions of such lakes exist in the Arctic region of Ontario. The lower layers of water in Arctic water bodies, as scientists discovered during their expedition to the Canadian Arctic last year, are virtually completely deprived of oxygen throughout the summer. In addition, their waters were rich in iron and almost completely devoid of sulfur, which is considered one of the main properties of the “soup” of the primary ocean of the Earth.

In some of these “primitive” lakes there live unusual photosynthetic bacteria from the genus Chlorobi, which use light energy not to convert carbon dioxide and release oxygen, but to oxidize iron and use its energy to produce nutrients. Such microbes, according to scientists, are the closest analogues of the first representatives of the “real” life on Earth, which existed in the primary ocean 2-3 billion years ago.

Having studied the sediments at the bottom of these lakes, Neufeld and his colleagues discovered that “primitive” conditions in their bottom waters have existed for more than 300 years, despite the fact that their waters are mixed every spring and autumn. This, according to researchers, says that the ecosystems in such lakes are stable, which gives scientists ample opportunities to study the analogs of the oldest life on Earth.

Interestingly, scientists note that similar lakes should exist in two other “lakes” – in Finland and in the north of Russia. Differences in the species composition of microbes in Canadian and Russian lakes, as well as the chain of relationships between them, can tell biologists how the evolution of life could proceed in the earliest stages of its existence.