Miners found a mummy wolf of the ice age 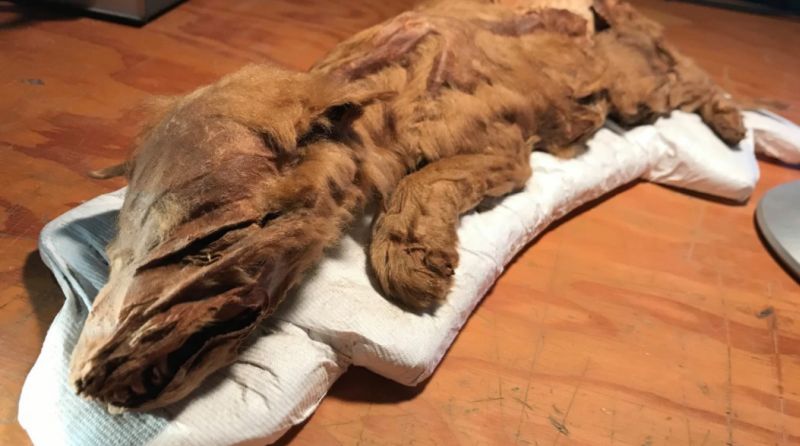 Canadian miners found on the coast of the Yukon River mummified remains of a wolf cub and caribou deer, killed 50 thousand years ago, at the height of the last glaciation.

During the last ice age, the territory of modern Canada was covered almost entirely by an ice sheet, but there were fewer ice in the Yukon river basin, so the river’s surroundings were distinguished by a wide variety of species. In these places were mammoths, mastodons and saber-toothed cats of homotheria, as well as many modern species, including caribou deer and wolves.

In 2016, two groups of working miners independently of each other discovered in the upper reaches of the river the remains of a young wolf and a fragment of a deer body well preserved in a cold climate. The findings were immediately transferred to the researchers; this autumn the study of the remains was completed, and now they are exhibited in Dawson, and later will be transferred to the museum of the capital of the territory of Yukon, the city of Whitehorse, reports CTV News.

The mummy of a wolf cub found on the Yukon is a particularly valuable find: for today it is the only mummified wolf remains of the ice age. According to the paleontologist Grant Zazula, who researched the remains, he and his colleagues have a large number of bone remains of animals of the glacial period, but the remaining soft tissue is a rarity for this region. 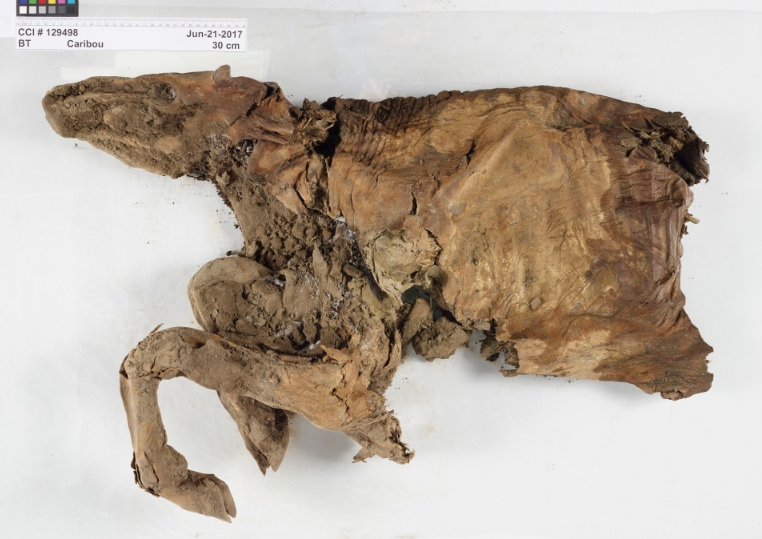 The remains of a deer, naturally mummified about 50 thousand years ago.

Radiocarbon dating of the remains confirmed the dating of the depth of the finds; a wolf cub was born fifty thousand years ago. The cold kept his whole body, from head to tail, including soft tissues – fur, skin and muscles. Veterinarians determined his age at the time of death: the wolf cub lived only eight months. 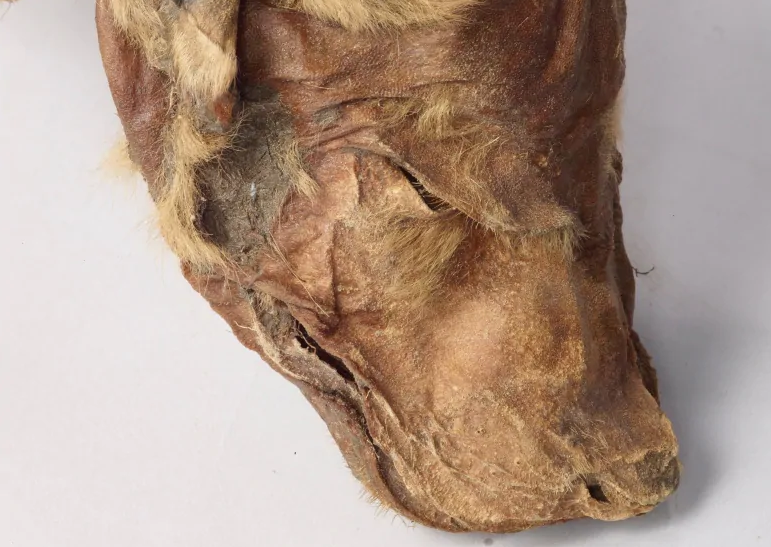 The fawn has survived worse – there is only the front half of the body, but the safety of the tissues was the same as that of the remains of the wolf cub. Scientists expect to extract DNA from the cells of both animals and analyze the bone tissue; these studies should help to answer questions about migrations during the last glaciation and diet of animals, and also to what extent kinship of the wolf cub and fawn are in relation to modern wolves and deer of the north of Canada.