Modern extinction of animals began in the nineteenth century 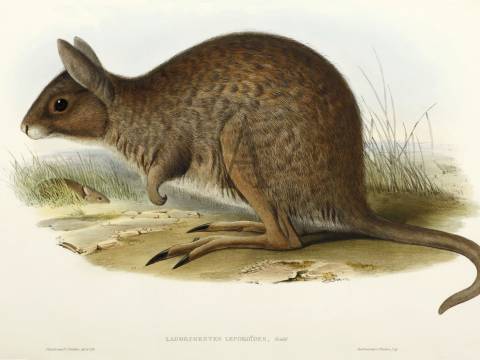 An international group of scientists found that the size of most modern populations of endangered vertebrates began to decline sharply from the end of XIX century.

According to the International Union for conservation of nature (IUCN), over the last 500 years on Earth became extinct about 840 species of animals. The endangered status is more than 22 thousand species, the rate of extinction is growing exponentially. In addition to anthropogenic risk factors include environmental and inbreeding (inbreeding) as a result of small population sizes. However, which factors contribute more significantly still unknown.

To find out, scientists from the Chinese Academy of Sciences and other institutions conducted a meta-analysis of over 10 thousand scientific papers on genetic diversity 2764 vertebrate species. The sample consisted of animals threatened with extinction (vulnerable, endangered species and species extinction), as well as those who are not facing extinction. The analysis showed that the genetic diversity at first below that is not considered when making them in the Red book.

Then, the authors constructed a mathematical model for Dating the beginning of a sharp decline of populations of the “endangered” species. It turned out that the fall in numbers of many of them started at about 123 years ago. On average, every 10 years the population has decreased by 25 percent, the size of the ancestral populations of these species were 22 percent less than in species that are not threatened with extinction. The reduction period is estimated as short-lived.

While reducing populations corresponds to the beginning of widespread industrialization and changes in ecological systems. Indirectly, this confirms the dominant role of anthropogenic factors in the extinction of the species in question. However, scientists say that the reason for their low genetic diversity is rather low size of ancestral populations. It explains about 24 to 37 percent of the differences in genetic diversity.

The authors urged colleagues and members of environmental organizations to pay more attention to the evaluation of the sizes of ancestral populations of species threatened with extinction. Previously, the modern mass extinction of animals was the reason for the consideration of the scientific communities of the opportunities for the introduction of a new term geologic time — the anthropocene. It means an epoch in which human activity is significantly affecting the Earth’s ecosystem.