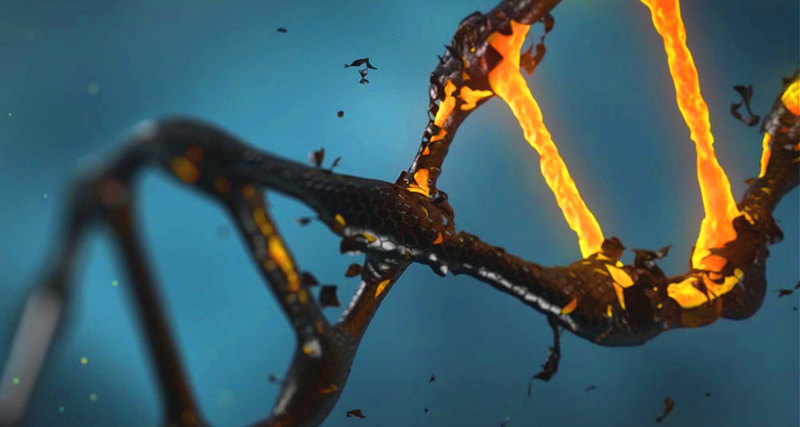 CRISPR / Cas9 technology is already confidently entering the clinical stage of the test, and it has high hopes in the treatment of cancer, AIDS and many other serious diseases. It is only in a recent study that it can cause hundreds of unplanned mutations in the genome.

The technology of CRISPR / Cas9 due to its simplicity and unprecedented accuracy has become a real discovery for all scientists who study the role of genes in human diseases. It also provides an opportunity to create more effective gene therapy, since it allows you to remove or cure genes with flaws, and not just add new ones. The first clinical trials of CRISPR / Cas9 are already underway in China, in the US they are planned for the next year. But there is one nuance: sometimes CRISPR / Cas9 influences not only those sites that need to be edited, but also to other parts of the genome. Most of the studies that look for these random mutations use computer algorithms to identify the most altered parts, and then analyze them for seizures or changes.

In the new study, the scientists sequenced the entire genome of mice that had undergone modification with CRISPR / Cas9 to find all possible mutations, even those where a single nucleotide was changed.

The researchers found that editing completely corrected the mouse gene causing blindness, but the co-author of the study, MD Kelly Scheffer from Stanford, found that in the genomes of two independent of each other, more than 1500 mutations within one nucleotide occurred and more than 100 changes are even larger . None of them was predicted by the computer algorithm, which is now used by geneticists.

Dr. Alexander Bassouk of the University of Iowa, another co-author of the study, notes that during the study no physical abnormalities in the development of animals were identified. Scientists are not going to dump CRISPR / Cas9 from the accounts, since any new therapy has side effects, but it is necessary to find out what they are all about.

Now, geneticists are working to further improve the efficiency of editing with this technology.