Monkeys are capable to speak 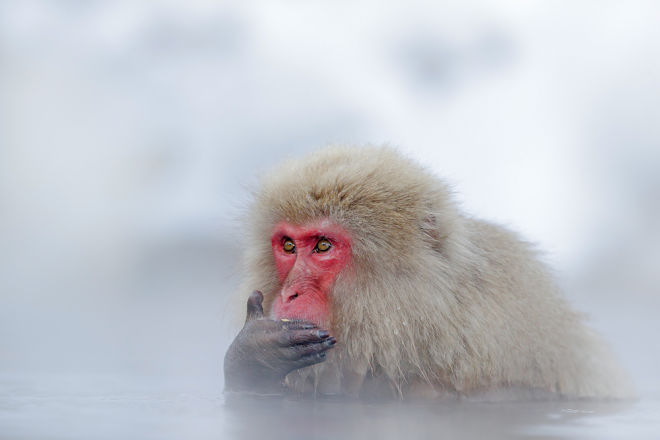 The voice path of macaques is capable to develop the humanoid speech, showed a new research. Unfortunately, monkeys lack intelligence that words appeared. Perhaps, it and to the best — simulation of the speech of macaques is terrible as hell.

Four decades scientists considered that inability of not humanoid primacies to make sounds of the human speech is connected with anatomic restrictions in their voice paths. Openings showed that at monkeys very limited voice range in comparison with people.

The new research assumes that this point of view is wrong and that, at least, one type (macaque) possesses the voice anatomy suitable for production of the legible speech. Inability to make human sounds is explained by limitation of intelligence of a monkey, researchers are sure.

To prove it, neuroscientists researched the range of movements which make voice bodies of a macaque. Researchers used x-ray videos to catch and monitor movements of different bodies, including language, lips and a throat while the experimental monkey made various sounds and moved parts of the face. Scientists applied these data to the computer model capable to predict and then to simulate the voice range of a macaque.

Results showed that the speech of a macaque wouldn’t sound precisely as human, but would be clear to our ear. In an example below “macaque” speaks English: “You will marry me?”