Monkeys have learned to recognize themselves in the mirror 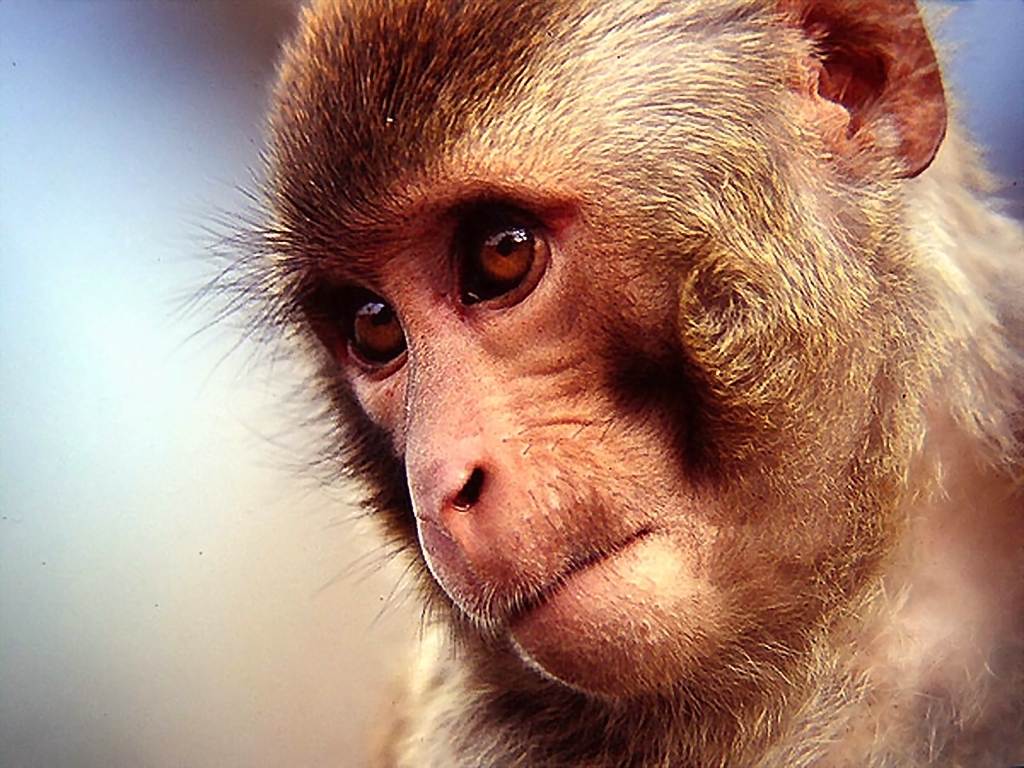 Usually monkeys, like many other animals, can’t identify with your reflection in the mirror. However, scientists from Shanghai have managed to train several rhesus monkeys to recognize themselves in the mirror in the same way as humans do. According to experts, this study is a major breakthrough in the study of cognitive psychology of animals.

As strange as it may sound, not all animals can learn to recognize themselves in the mirror. Chelovekoobraznoe monkeys, dolphins, Asian elephants and European magpies, however, are capable of it, as well as human children at the age of 2 years. Scientists decided to lead this elite club of another member: carefully-trained rhesus monkeys. Data obtained in the study indicate that with proper training methods and enough time, and other animals can learn to recognize themselves in the reflection that is one of the key elements in the matter of knowing ourselves and the world.

Diana Reiss, a cognitive psychologist at hunter College, new York, who conducted a similar experiment on dolphins and elephants, with great interest comments about the work done and says that this is one of those rare occasions when scientists show us not just the opportunity, but also a successful technique for training animals.

Some researchers wonder: the inability to recognize yourself in the mirror is due to the fact that the method of teaching is not good enough, or because some animals just can’t understand how mirrors work. Comes to the absurd: macaques-rhesus, dog and pig, for example, do not recognize myself in the mirror, but know how to find food using a mirror reflection. This discrepancy has puzzled Mu Ming Poo, a neuroscientist from the Shanghai Institute of biological Sciences in China and one of the study’s authors. “Somewhere there must be a transition between the simple use of mirrors and the recognition itself,” he says.

PU and his colleagues conducted three young male rhesus monkeys through an intense training program. Each monkey was fixed in a chair in front of the mirror, the researchers shone an infrared pointer to random points on its surface. When the monkey touched the points, you get a treat. Sometimes point detection was only possible with the help of mirrors. “The monkey had to understand that the mirror reflects her own hand. She just needs to learn to control her, watching the reflection”, explains the scientist. According to him, this time in training was key. However, three other monkeys, who served as a control group received no lessons.

After a few weeks of training, the researchers made every classic monkey to pass the MSR test: red, black and green colors were applied to the cheek or brow of the animal, after which they were shown their own reflection in the mirror. Trained macaques-rhesus did not hesitate, they saw the location of the dye on my face and began poking him with your fingers, carefully sniffing at them. About it, scientists report in an article published in the Proceedings of the National Academy of Sciences. Left alone, with washed out paint, the animals began to behave exactly the same as anyone who just found out how the mirror works. They bent down and examined his genitals, and opened his mouth to examine his teeth, combed and smoothed the hair. “This demonstrates that the animals recognize the reflection in the mirror as his body,” says PU. Monkeys from the control group did nothing of the sort.

Research shows that the mental process underlying the recognition of reflections, underlie all cognitive bases of primates, however, in contrast to people, they just need more information and patient teacher. However, primatologist Frans de Waal (his study about the sense of fairness in monkeys you can see on our website) indicates that untrained monkeys continue to suffer one setback after another. According to some experts, the study, though not disputing the actual state of things, but obviously has nothing to do with spontaneous, self-regulated behaviors, which is the ultimate goal of the MSR test.