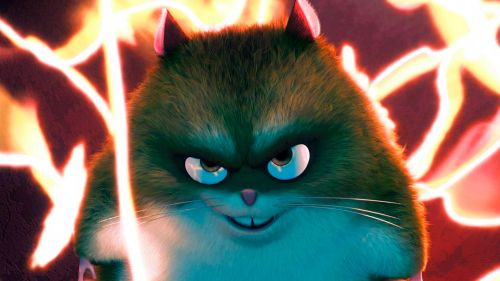 For many of us, the hamster is the most harmless creature on the planet. We all know that they eat a lot and plenty of fruit, but few people know that a change of diet can turn these harmless rodents in crazy cannibals, devouring their own children alive.

French researchers found that a monotonous diet of corn makes hamsters very strange and aggressive behavior — cannibalism. It all started with the fact that a new study conducted in Strasbourgissa University, set out to determine why the European hamster (Cricetus Cricetus) is dying at an alarming rate.

The reasons for this unusual Mora was a mystery to scientists. Accused plowing industrial areas and pesticides that destroy the natural habitat of hamsters. It was assumed that their underground dens, which are usually live and commune of the rodents were destroyed or flooded, which regularly and perished part of the population. However, as the audit showed, these factors are not provided to the hamsters such a strong impact, although, of course, played its role.

A research group led by Mathilde Tissier, interested in the diet of hamsters. He had previously been very standard: the seeds, roots, insects. However, in the regions where there were active agricultural activity, the situation was quite different: the predominant staple food was corn.

Here’s what The Guardian talks about how tests were conducted:

“The first series of laboratory experiments were conducted with wild species that are regularly fed with corn and wheat, with the occasional side dish of clover and worms. This did not affect the number of offspring, but when it came to the question of survival — all turned out tragically. About 4-5 calves were weaned from the breast in the group that was fed with wheat-clover and wheat-insect diet. In the case of a corn diet is made up only 5% of the total number of births, but much more disturbing was the circumstances of their deaths: mother literally devoured their young alive.”

It should be noted that cannibalism in rodents is a frequent phenomenon, and females often eat their young when they realize that it is not able to feed them all. But such a “corn diet” was associated with the increase in the level of homicides, suicides and cannibalism in human society. It’s not in the collective insanity and not in black magic: a deficiency of vitamin B3 (the most common symptom of the condition that you eat one corn) in humans causes a condition known as pellagra. It is believed that it has caused the death of 3 million people in the period between 1735 and 1940.

To test their hypothesis, the researchers decided to Supplement the diet with corn additives group B3. Hamsters receiving sufficient daily dose, have abandoned their obsessive behaviour ceased to devour their offspring. Despite the fact that the European hamster is considered a pest in France, it is protected at the legislative level because it plays an important role in maintaining ecosystems. According to researchers, the best measures to protect the rodents would be the inclusion of a wide range of plants in agricultural schemes to the diet of rodents and other field animals were as diverse as possible.