Monument to “the Land of leopard” was a Korean fortress 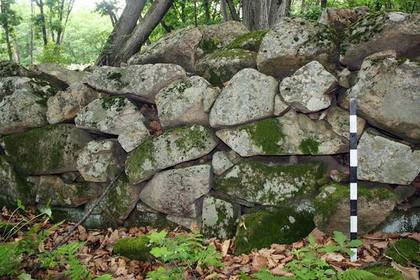 Archaeological monument in the seaside national Park “Land of leopard”, is known since the 19th century, is actually the Korean fortress of XV-XVI centuries, that is the conclusion reached by scientists.

We are talking about strongholds, Suluhan (Chinese the name translates as “Peak of the water flow”), located in the South of the national Park, 14 kilometres North of the village of Hassan.

A medieval archaeological discovery has been known since 1864. During this time, archaeologists found that the area of Sulutan — about 3.5 hectares, the total length of the fortress walls is 727,5 meters. However, since it is a direct Russian-Chinese border, for about 150 years, to conduct detailed research of the fortress failed. This was possible only in 2016, when it earned the program of studying of archaeological monuments of the national Park.

Scientists have refined the boundaries of the monument and dated it. It turned out that the base of the ancient mountain fortress dates from the XV century, at the time of the Korean state of Choson Great, therefore, is first found in Primorye monument of the historical period.

Scholars have suggested that, Sulutan mentioned in the biography of legendary Admiral Lee sun Shin. According to the Chronicles, a national hero of Korea for his victories over the Navy of Japan in 1592-1598 Intinskoj the war years, early in his career, was sent to serve at the gate 24 kilometers from the mouth of the Tumen river, “one of the most remote and challenging of the garrisons in an area of constant raids of the nomads”.

The national Park is going under the development of tourism to include visits to such archeological sites as the fortress of Sulutan in the route of the ecological trail.