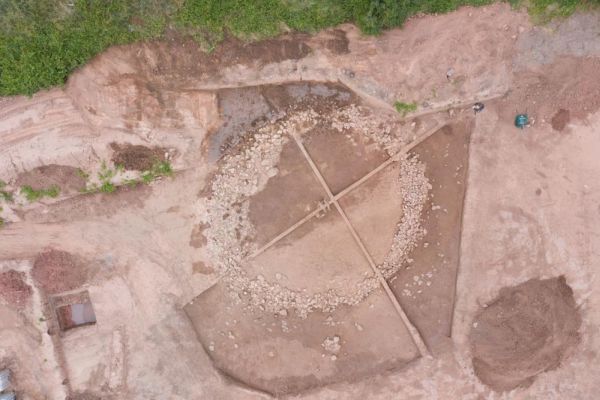 Researchers from the National Institute for Preventive Archaeological Research of France (Inrap), during excavations in Roque del Dieu in the canton of Capandu, have discovered ancient circular tombs dating back thousands of years.

A brief report on the work carried out is published on the official Inrap website. Excavations were carried out in the central part of the country. Scientists have examined the area set aside for the construction of a shopping center.

As a result, on an area of ​​3,500 square meters, they discovered three monumental tombs, which are almost 4,000 years old. It is reported that the monuments found are not typical for the region.

Moreover, they turned out to be part of a much larger necropolis. Archaeologists believe that it also included tombs found nearby in 2008. One of the three structures discovered was severely damaged by modern plowing. Therefore, it can only be partially excavated.

The other two monuments are much better preserved. They were surrounded by circular fences 12 to 15 meters in diameter and about one meter wide. These fences were composed of blocks of sandstone and fine rubble. One of the two structures retained the neatly finished cladding on its outside.

In the center of these “fences”, archaeologists have discovered chest-like sarcophagi made of large slabs of sandstone. In one of them, damaged, were found the remains of at least two people, probably a woman and a child. They were buried along with shell and bone ornaments. Based on the style of execution, these artifacts are believed to be from the Early Bronze Age (between 2200-1600 BC).