Moon dust will be the main danger for the colonizers 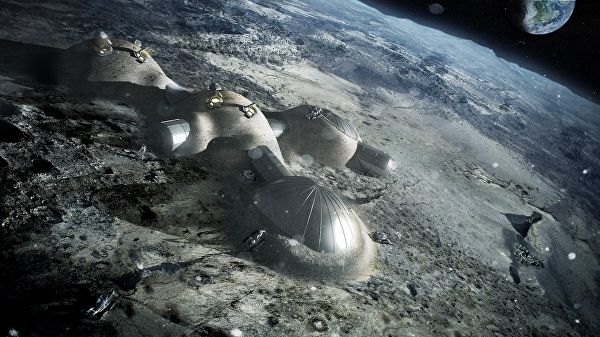 The main danger to the life of the inhabitants of the lunar bases will not be cosmic radiation, but lunar dust, containing a huge number of toxic and simply carcinogenic substances. This is written by scientists who have published an article in the journal GeoHealth.

“Long contact with moon dust will not only cause serious problems in the lungs, but also cause inflammation and increase the chances of developing cancer. If the” trip “to the moon lasts for several weeks or months, it is unlikely to be prevented,” Bruce Demple from Stony Brook University (USA).

In recent years, both Roscosmos representatives and NASA officials have increasingly talked about the possibility of building a “permanent” settlement on the surface of the moon. One of the reasons for this was the discovery of significant reserves of water in some dark craters at the poles of Earth’s satellite and in some of its other points.

In addition to the development of three-dimensional printing technology and the use of “local” resources needed to build and maintain the work of such “moon villages”, scientists today are trying to understand what will be the most threatening life for astronauts and astronauts on the surface of the main companion of our planet.

Traditionally, it is believed that human life on the Moon and other airless celestial bodies is threatened only by cosmic radiation, high-energy particles and some other features of open space. Recently, scientists have found that this is not entirely true.

For example, the calculations of Russian physicists have shown that the surface of the moon and other airless celestial bodies can be dangerous for electronic components of missions due to the powerful discharges of static electricity. Two years ago, scientists from the United States discovered that the Earth’s satellite was unexpectedly often bombarded by small asteroids, which is dangerous for the base itself.

Deppl and his colleagues discovered another serious risk factor that could prevent humanity from becoming a “cosmic species” by studying the problems faced by the Apollo astronauts during their moon landings.

Some members of these expeditions complained of an unusual disease, “moon fever” in their terminology. It arose after long exits to the surface of the Earth’s satellite. The astronauts and space doctors themselves linked these problems with lunar dust, which stuck to their spacesuits and got into the modules with them.

These stories forced the authors of the article to check how lunar dust will affect the work of the human body for quite a long time. To do this, scientists have grown several cultures of cells of the lungs and brain and created a kind of mock lunar soil, from where they took samples of “extraterrestrial” matter for processing cells.

As these experiments showed, even the smallest amounts of lunar dust were deadly for these organ analogues – its penetration into the nutrient medium usually killed about 60-90% of lung cells and about half of brain cells.

This was particularly pronounced for small particles of the regolith – they not only destroyed neurons and pulmonary bodies, but also damaged the DNA of surviving cells. Accordingly, a long life on the moon will lead not only to the appearance of asthma and pneumonia, but also various forms of cancer.

All of this suggests that builders of lunar bases and spacesuit designers need to focus on creating systems that would prevent dust from entering residential premises.

To do this, as scientists note, it is necessary to create materials to which electrified lunar dust will not stick, or to build sluice chambers that clean the surface of spacesuits from such particles.