More than 100 children die of sudden kidney failure in Indonesia 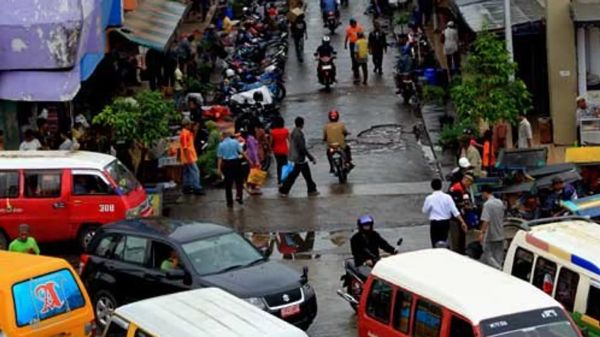 More than 100 children have died in the last 10 months in Indonesia from a fulminant form of acute kidney failure, which manifests itself as a sudden, sharp decline in kidney function, but the figure could be much higher due to insufficient coverage of such cases by medical statistics, Health Minister Budi Gunadi said Friday in Jakarta Sadikin.

“Over the past 10 months in 22 provinces of Indonesia, 133 children under the age of 5 years have died from acute renal failure, with a total number of applications with such a diagnosis equal to 241 cases,” the head of the Indonesian Ministry of Health said at a seminar in the country’s capital, whose words are quoted by the Internet. version of the Jakarta Globe newspaper.

The Minister noted that more than 55% of deaths due to sudden onset of acute renal failure, which within days can result in a complete loss of kidney function and death of the patient, is an extremely depressing figure.

“The number of undiagnosed deaths in children from acute kidney failure could be three to five times higher than this figure. To date, we only have information coming from hospitals, these data show numbers of 35 to 40 deaths per month, and these numbers are growing,” – he said, noting that not in all cases the parents of sick children go to medical institutions.

The Indonesian Food and Drug Administration, which launched an investigation into cases of sudden kidney failure in children after statistics from the Ministry of Health showed a sharp increase in such cases, on Thursday announced a recall from pharmacies and medical institutions of children’s medicines in the form of syrups, including children’s paracetamol and cough syrups produced by a number of pharmaceutical companies, in whose products the specialists of the control agency found an increased content of ethylene glycol and diethylene glycol, substances that can be contained in medicines as one of the active elements, but if the dose is exceeded, can cause hurricane damage to the kidneys.

Specialists from the Ministry of Health and the control agency studied the medical records of several dozen dead children and revealed the same pattern: serious kidney problems began in children with colds two to three days after they started taking antipyretic or cough medicines in the form of children’s syrups.

So far, the conclusion about the dangers of some children’s medicines-syrups has the status of suspicion, Budi Gunadi Sadukin said.

“Yesterday, we announced as a preventive measure a temporary ban on all children’s medicines in the form of syrups that are potentially harmful to children’s health,” he said, explaining that the investigation into cases of death of children from sudden onset acute renal failure began in September, and a breakthrough in it took place only at the end of October.

“In September, we still suspected that an unknown pathogenic infection could be the cause of what was happening,” he explained, adding that the situation changed with the first generalizations of cases of sudden kidney failure, which showed a likely connection of the disease with medication in the form of children’s syrups.

Indonesia recently began importing drugs for acute kidney failure from Singapore, which have already shown positive results in many patients, the minister said.