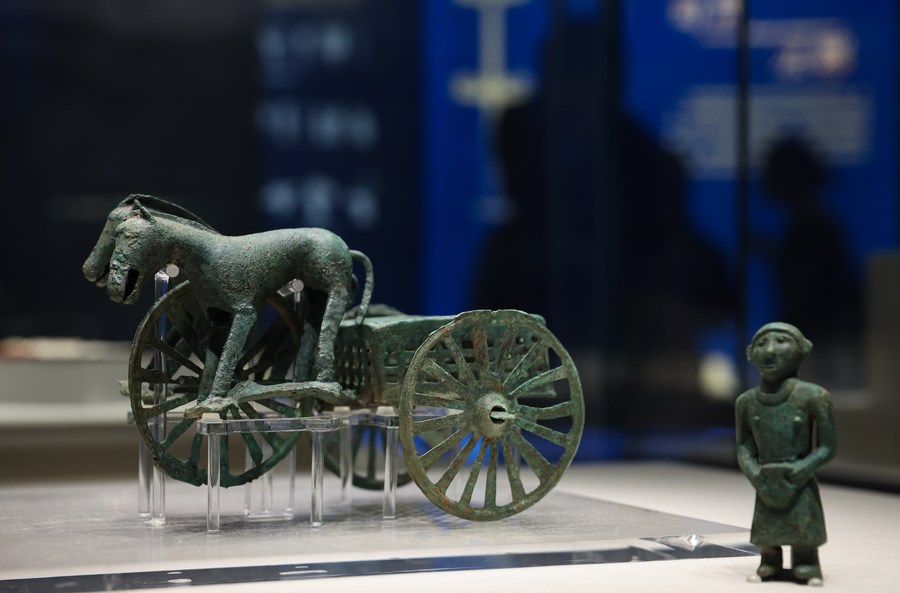 More than 1,100 graves dating back 2,000 to 3,000 years have been found in Yanyuan County, Sichuan Province, southwestern China, according to the Institute of Cultural Relics and Archeology of Chengdu (administrative center of the province).

The burials were discovered during excavations at the Laoluntou Archaeological Complex, which began in April 2020. According to researchers, they belong to the era from the late period of the Shang Dynasty (1600-1046 BC) to the early period of the Western Han Dynasty (202 BC – 25 AD). More than 5 thousand relics were found in them, including items made of ceramics, bronze, iron, gold, silver, stone, jade, bones, shells, etc.

Pitchers with two lug handles predominate among pottery items. As for the bronze products, the loom and the three-wheeled wagon stand out, which is one of the most ancient analogues known to Chinese archeology. Various branched bronzes are thought by archaeologists to point to unique local beliefs and cults.

The new discovery serves as evidence of exchanges and contacts between ancient peoples in southwest China and is of great importance for studying the development of local bronze culture, said Zhou Zhiqing, deputy director of the institute.