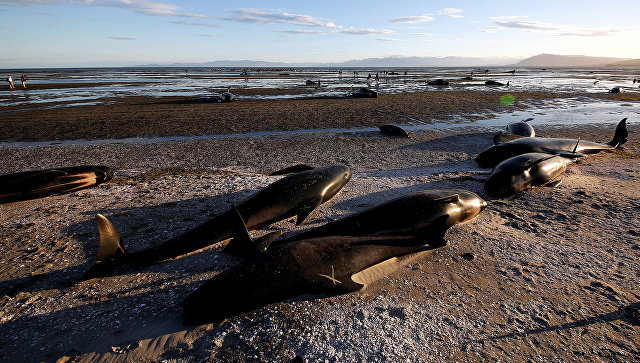 More than 200 dolphins beached on the coast of the South island of New Zealand, were able to sail at high tide.

As previously reported, more than 600 black dolphins-Blackfish (cue ball) beached on the shore of the South island. Most of the animals died, but volunteers participating in a large-scale rescue operation, managed to refloat about 100 dolphins.

The head of the marine program of world wildlife Fund (WWF) of Russia Konstantin Zgurovsky said earlier that the dolphins could jump out on the coast of New Zealand, following their leaders, who were stunned by seismic or underwater acoustic systems naval ships.