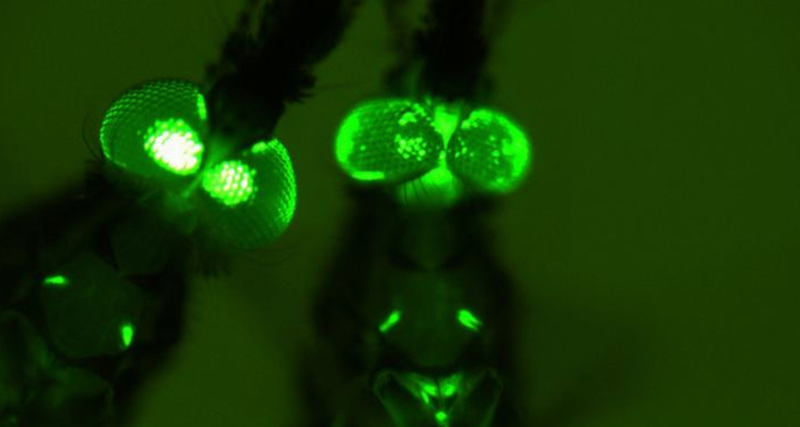 Scientists from the Johns Hopkins University withdrew mosquitoes with the blocked gene FREP1, so that the insect loses the ability to tolerate malaria. But is it possible to talk about a panacea?

Mosquitoes are real pests, through the fault of which every year up to 500 000 people die. They carry a lot of dangerous pathogens: yellow fever, dengue, Zika virus and malaria, as well as other deadly diseases. For most of them there are still no vaccines and really effective medicines. For many years, scientists have studied the genome of mosquitoes, hoping to change it and thereby save humanity from danger.

One of the most famous achievements in this area was mass sterilization of insects. For example, the British company Oxitec worked with the vectors of the virus Zika, Aedes aegypti. Geneticists introduced a lethal gene into laboratory mosquitoes, which kills any offspring of these mosquitoes with females from the wild, which significantly reduced their population and prevented the spread of the virus. On this, the researchers did not stop: their new work promises to rid the world of malaria.

Using the CRISPR / Cas9 gene editing technique, scientists from the Johns Hopkins University isolated a gene called FREP1, which, as it turns out, makes Anopheles gambiae mosquitoes less susceptible to a parasite that lives in their bodies and causes malaria in humans. In the cycle involved certain proteins, due to which the bacteria settle in the salivary glands of insects, so that then, together with a bite to penetrate the human body. In a study published this week in the journal PLOS Pathogens, geneticists demonstrated that using CRISPR to remove one single FREP1 gene makes such a process impossible.

It seems that here it is, a panacea, but in fact this technique has a significant drawback. Deactivation of FREP1 in laboratory mosquitoes has made them less competitive: in other words, in the wild environment, females will most likely prefer other males. The fact is that even small doses of radiation that laboratory mosquitoes get during genetic processing make them weak: if in an artificial environment they feel normal, then in the real world they lose to stronger males. This depreciates all work, since its ultimate goal is to breed in the wild a generation of insects that can no longer tolerate the infection. Alternatively, the authors explore the potential for deactivating FREP1 only in the digestive system, in order to reduce the effects on the body as a whole.

In addition, it should be noted that in addition to Anopheles gambiae to the south of the Sahara, there are also about 40 species of subspecies Anopheles, which can also transmit malaria to humans. It is not yet known whether the same methodology will work with them and what practical results will result from its massive use. Another way to stop malaria, according to geneticists, is to modify the bacterium itself – scientists want to “block” its pathogenic properties.