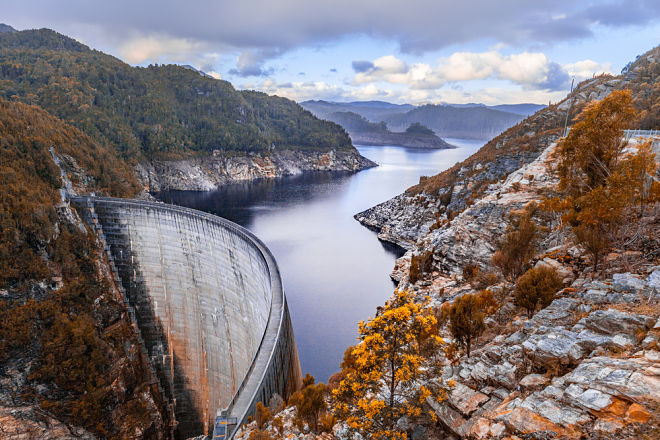 Rivers are the arteries of the earth, and people clog them with rubbish. And as in the situation with arteries, clogging of rivers can lead to problems with the health of the planet. According to a new study published in Nature, only slightly more than a third of the longest rivers on the planet remain free from human intervention.

Rivers carry on Earth all kinds of nutrients, including fresh water, fish, nutrients, and sand. But people began to build dams to regulate these streams of water and generate electricity, began to settle on the once uninhabited banks. Road construction and urbanization further disturbed the natural flow of rivers. This has largely caused damage to water bodies and ecosystems, and sometimes to people living next to them.

In an attempt to understand what the rivers have become, an international team of scientists for the first time set the task of determining what a “freely flowing” river looks like. Their definition of a free river is quite simple: these are any waterways that remain connected in such a way that they allow ecosystems to function as they normally do. The researchers calculated how many such rivers remained, using data from dams and river models.

They then analyzed 7.6 million river miles (a distance of 15 flights to the moon and back). The results show that most of the short and medium rivers are still mostly free, although scientists have warned that the indicators probably do not take into account the dams on them.

The results of large rivers are more impressive. Sixty-three percent of very long rivers (620 miles or more in length) no longer have free flow, they are blocked by 2.8 million dams around the world. Of the 37 percent of mega-rivers that remain free, most are in the Arctic, Amazon, Congo, in all areas that are difficult to develop and that are sparsely populated.

The loss of very long rivers flowing in their natural course has a huge impact on downstream areas, and not just on biodiversity. Louisiana, for example, is losing land and its ecosystems in part because the Mississippi River, which once flowed freely, is now under the control of a huge network of dams. Fish movement in the Mekong River Basin in Southeast Asia has been reduced, which can worsen food security.

“In Cambodia, most of the protein comes from fish products,” scientists say. “Loss of fishing due to dams can have direct and negative consequences for tens of millions of people.”

The study is considered the starting point for future analysis and decision-making on how to build dams, whether to build dams and hydroelectric spreads, and how to demolish existing ones (if it is required at all) for the river to flow freely.