Mosul is proposed to be restored using 3D printers and drones 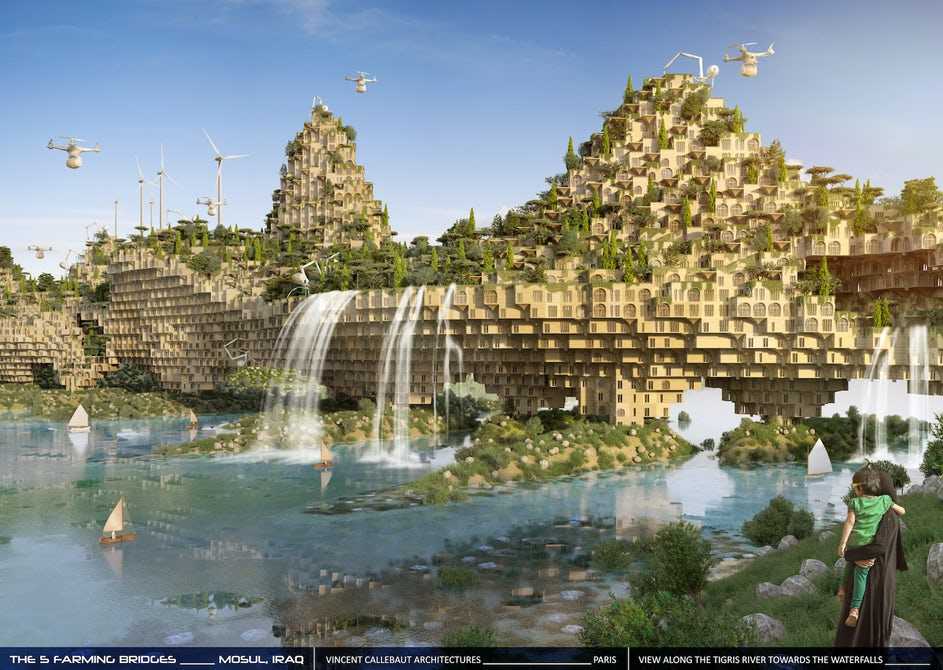 After the end of hostilities in the city of Mosul, the architectural firm Vincent Callebaut Architectures unveiled a new project to revive the war-torn city. The concept involves the use of high-tech 3D printing, robotic spiders and unmanned aerial vehicles. The project proposes the reconstruction of five major bridges destroyed during the fighting, as well as the installation of urban farms and new homes to help feed and accommodate the city’s residents.

Project 5 Farming Bridges was developed for the competition Rifat Chadirji Prize for Architecture and took the third place. The goal of the contest was to promote ideas for the restoration of the city and raise people’s awareness of the problems of housing in Iraq. 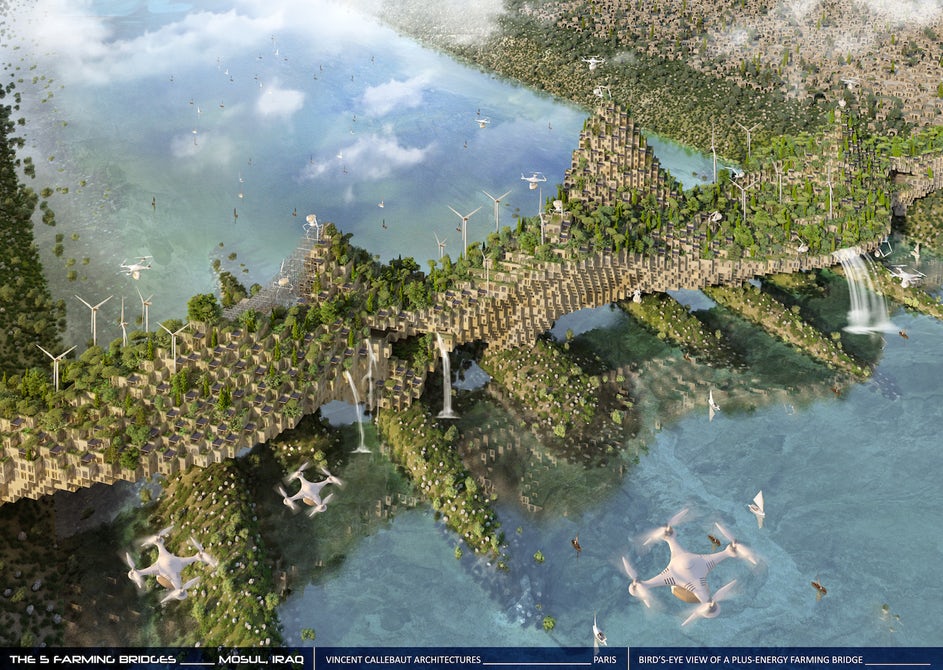 The offer of architects includes the process of processing crushed stone from the ruins that were formed after the hostilities. This rubble can subsequently be used as a building material. It is with the help of it and will be “printed” the 5 main bridges of the city. 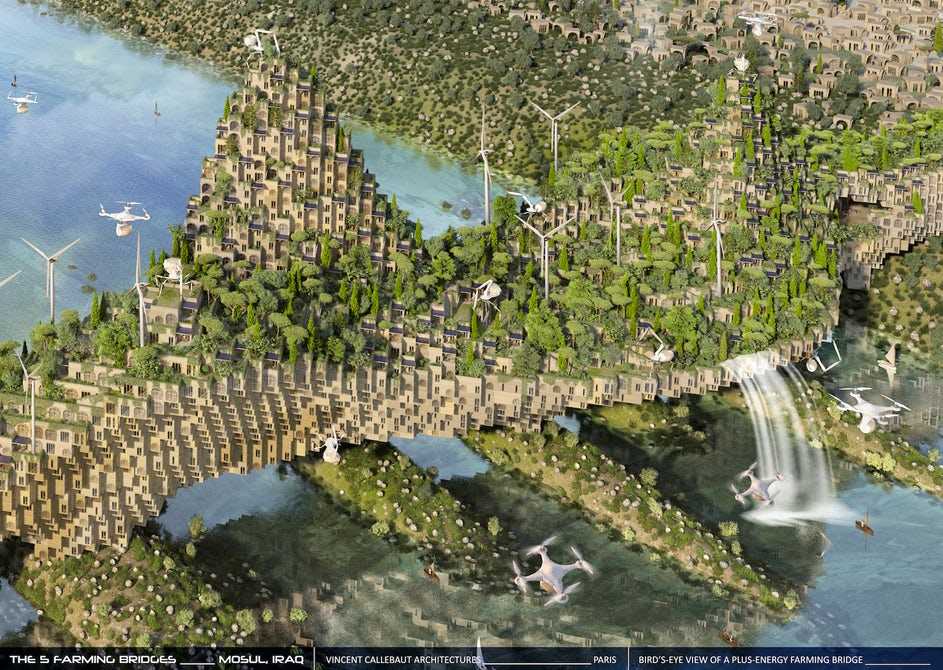 As part of the project, drones work in tandem with spider robots, which are moving 3D printers. Drones “feed” spider robots with building material from the air, and 3D printers themselves are used to build more than 50,000 modular houses directly on bridges. Bridges will also be built on urban farms to provide residents with food and improve the thermal characteristics of bridges. If in a day, as the project creators promise, five 3D printers on spider robots will build 30 houses, then in 5 years their number will be 55,000 units. 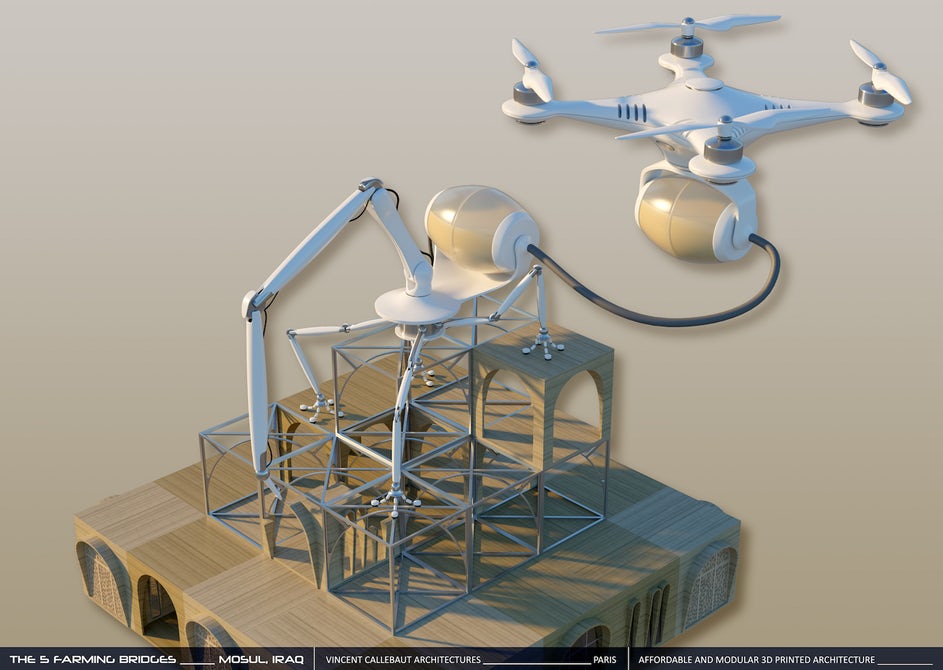 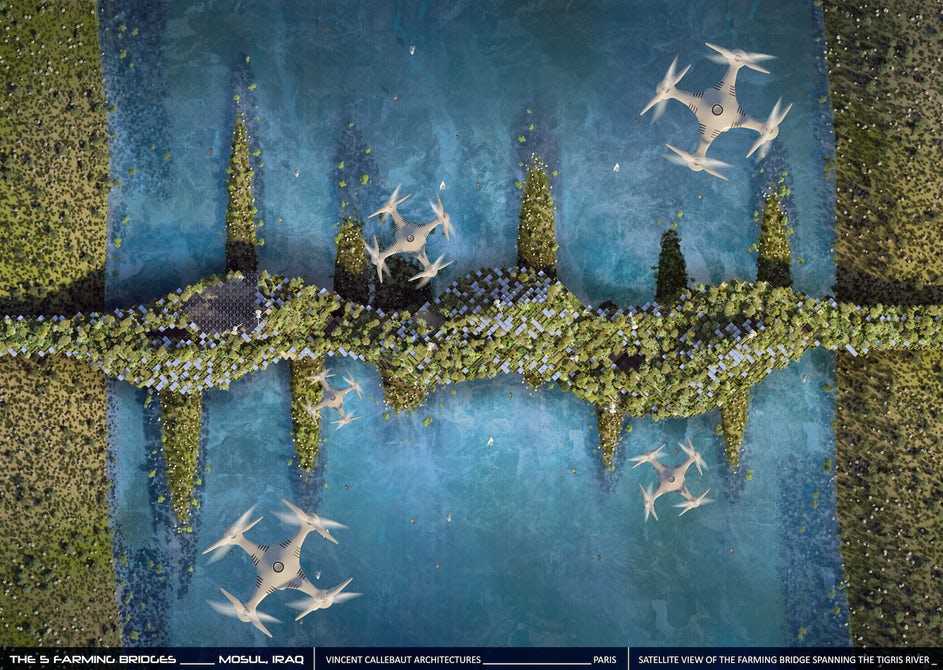 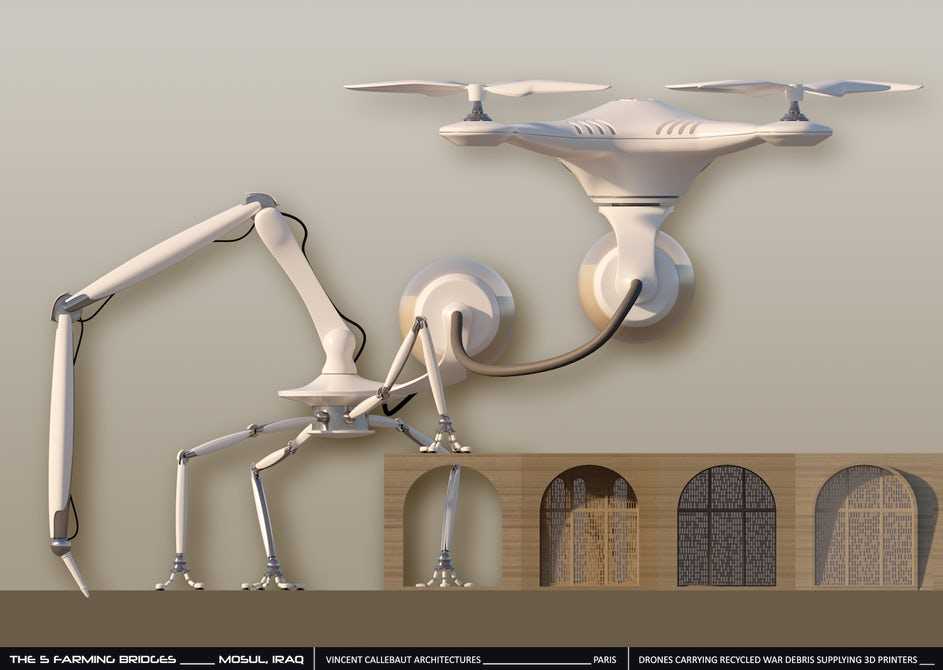 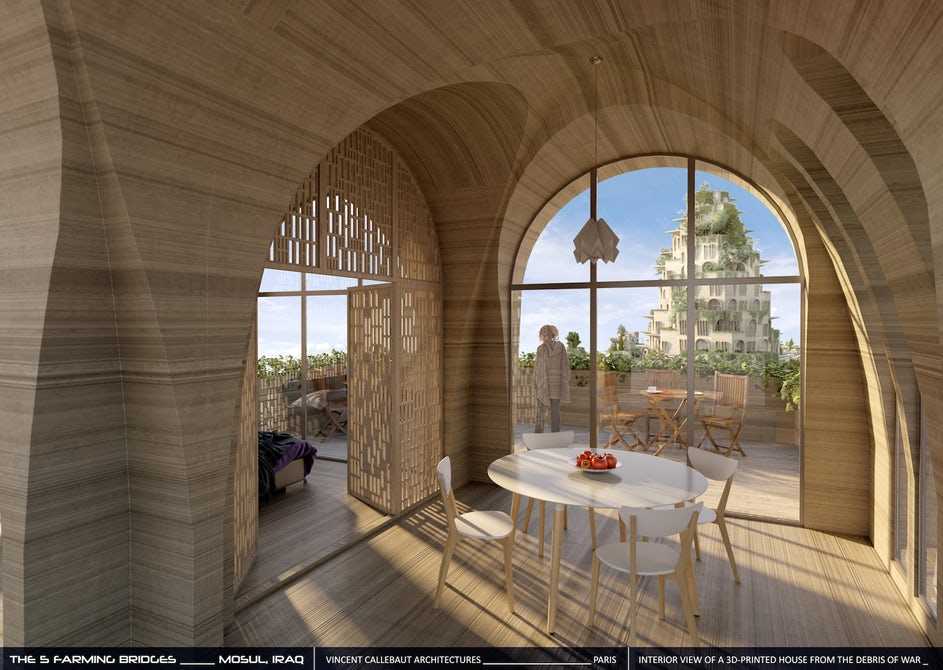 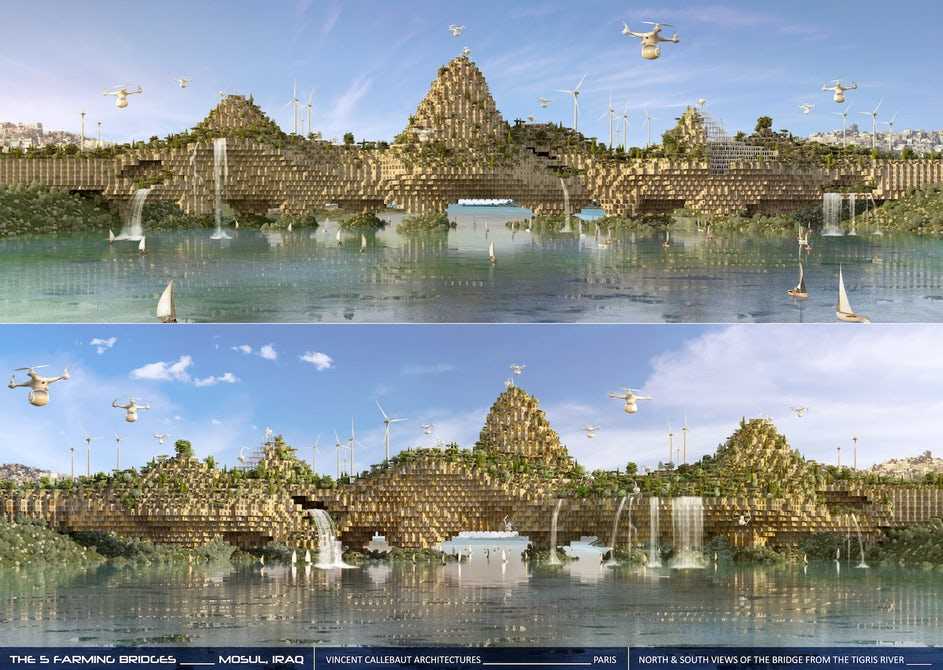 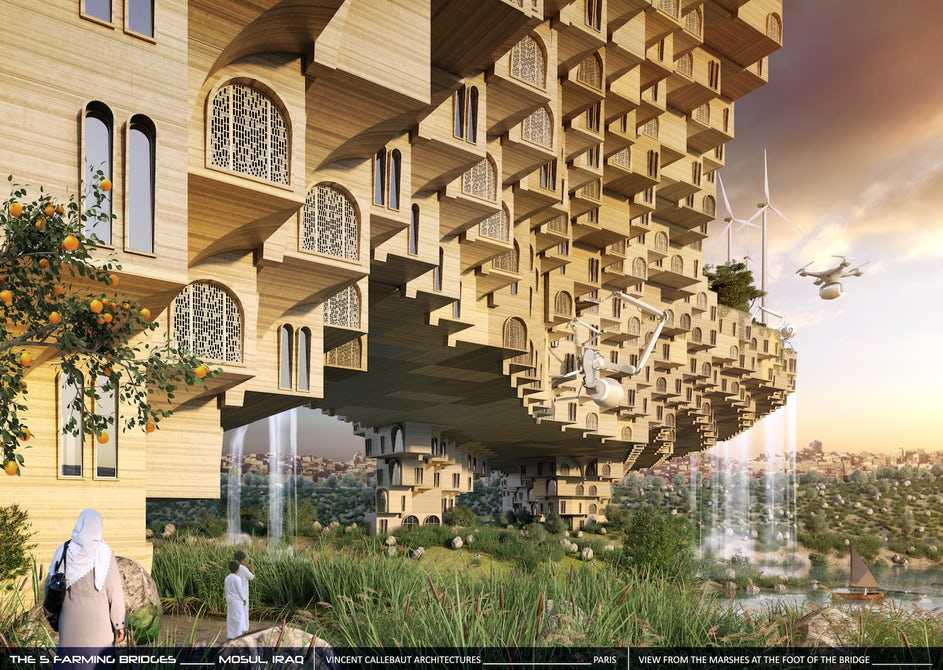 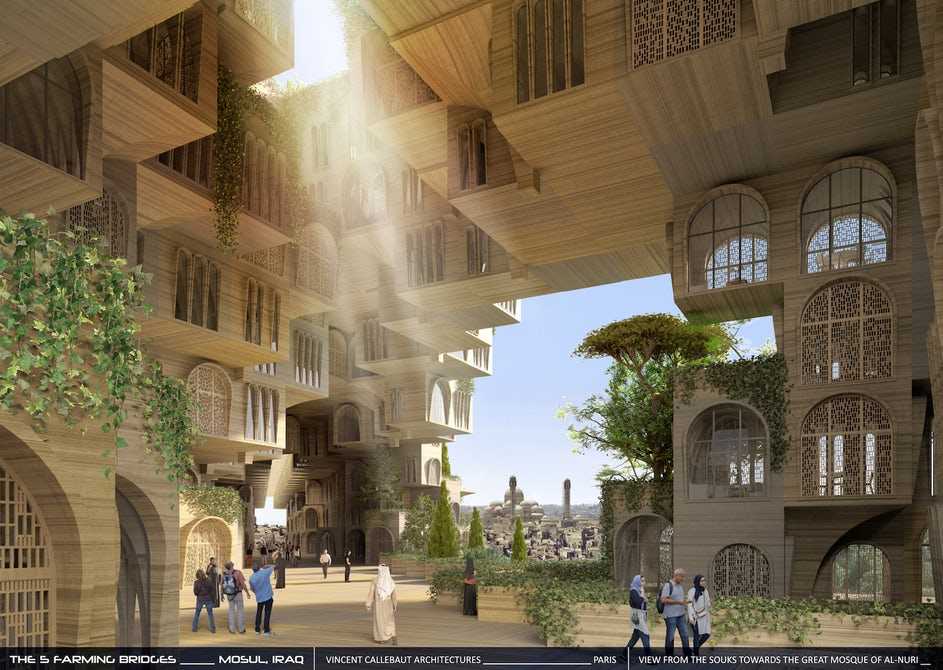 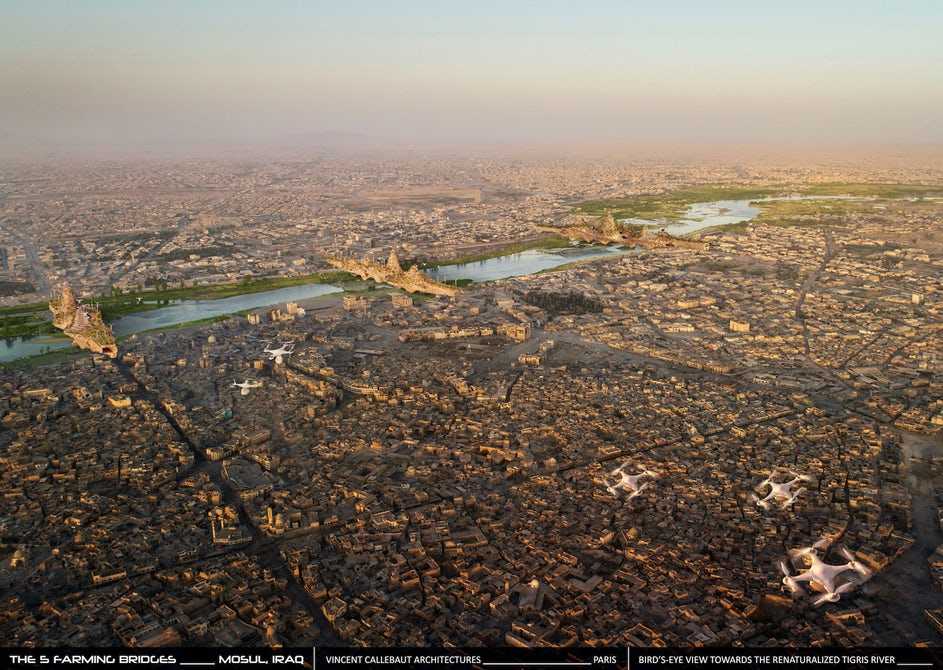