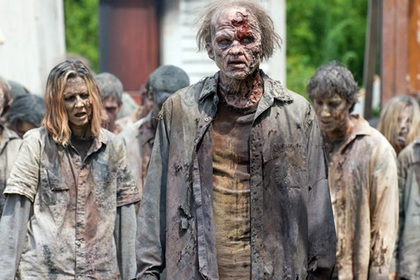 Researchers from the University of Central Florida found that the fungus parasite, which turns ants into zombies, seizes control over the biological clock of its victims. This allows him to control the behavior of insects and spread spores.

Infected with Cordyceps ants leave their nests, climb plants such as Spanish moss or pine and die. From their head grows the fruiting body of the fungus, which spreads its spores over long distances, capturing the nervous system of new insects.

Scientists analyzed the activity of genes of fungal cultures that grew on nutrient medium first with constant light for 48 hours, and then for five days with a 24-hour daily cycle. It turned out that in the fungus there were cyclic changes in the concentration of transcription factors – molecules that control the activity of DNA. Their content reached a peak at daylight. In addition, the night increased the number of different enzymes, toxins and small biologically active components.

Thus, the influence of Cordyceps on the victim’s body is determined by the time of day, which makes the behavior of the infected ant dependent on the biological clock of the fungus. Scientists are planning to find out exactly how the capture of circadian rhythms of insects allows the parasite to manipulate the victim.

Circadian rhythms are called cyclic fluctuations in the intensity of various biological processes due to the change of day and night.