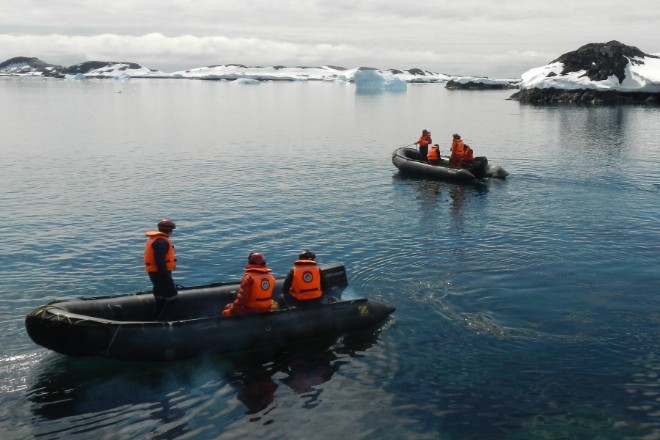 Scientists have discovered a mussel colony 120 km north of the Antarctic Peninsula. Researchers believe that this find is an omen of mussel invasion of the continent due to climate change and increased ship traffic in the region, reports The Weather Channel.

Biologists from the University of Laval in Quebec accidentally discovered mussels when they collected coral samples in Fields Bay on King George Island.

The mollusks, apparently, were accidentally delivered to the Antarctic by a ship traveling from Patagonia. Mussels became the first introduced species to settle in the region, as evidenced by a new study published in Scientific Reports.

Bivalve mollusks are not the indigenous inhabitants of Antarctica; previously there was no evidence that young mussels survived in the cold temperatures of the Southern Ocean.

It is likely that mussels will be the first “sea invaders” of Antarctica. This is a concern for biologists: alien species can threaten biodiversity and ecosystems in the Antarctic Peninsula region.

The presence of this species in Antarctica does not mean that it can survive and reproduce. But the area where the mussels were discovered is known for outbreaks of ever higher temperatures of sea water, it is likely that the mussels will take root here in the future.