Myanmar found a mite imprisoned in amber 100 million years ago 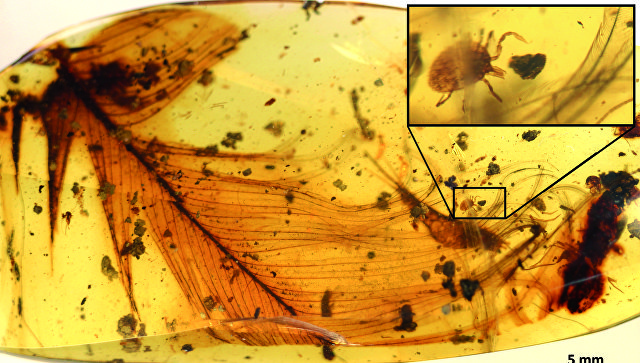 Paleontologists discovered in Myanmar a unique piece of amber, inside of which 100 million years ago a blood-sucking mite and feather of its victim, a ravenous feathered dinosaur, were imprisoned.

“Ticks are a symbol of blood-sucking, parasitic organisms, whose influence on human life, pets, livestock and even wild animals can not be overemphasized.” We do not yet know when they appeared and who were their first victims, “says Enrique Penalver) from the Institute of Geology and Minerals of Spain in Madrid.

In recent years, paleontologists are increasingly paying attention not to simple deposits of rocks, but to those regions of the world where pieces of ancient amber are often found, formed tens and hundreds of millions of years ago from the resin and juice of ancient trees. Inside of them often not only air bubbles of that time, but also the bodies of insects, the inflorescence of the first flowering plants, the feathers of birds and dinosaurs, and even some tissues of their bodies are often preserved.

The main “treasure trove” of such artifacts today is Myanmar, where every year hundreds of ancient fragments of amber are found. For example, over the past year, scientists have discovered here the most ancient traces of a hallucinogenic fungus-ergot, the remains of the most ancient flowers of the Earth, the full wing of a miniature ancient bird, and many other interesting traces of the Mesozoic flora and fauna. 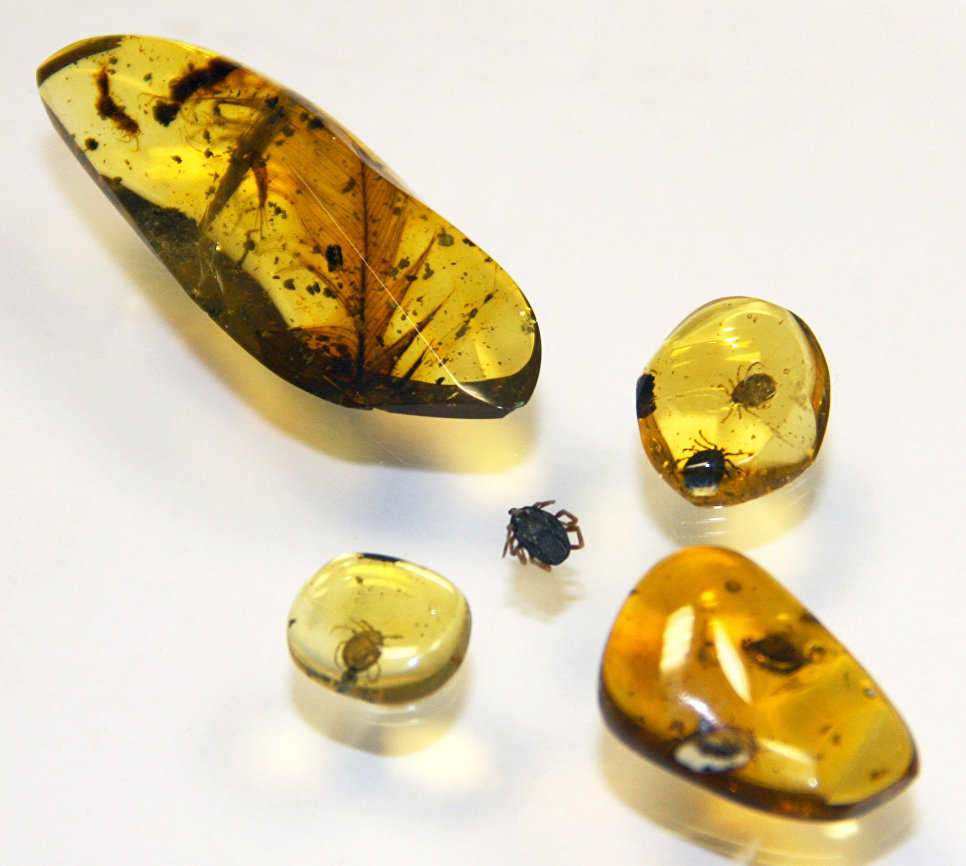 Ticks found in pieces of amber from Myanmar

Peñalver made another interesting discovery in Myanmar, studying some of the most ancient samples of amber found in the ground about 99 million years ago, in the first half of the Cretaceous. These fragments of amber, as scientists say, were mined near the town of Tanay in the northern part of the country, where “black archaeologists” often sell amber with interesting fossils to private collectors.

The scientists managed to find at once three fragments of amber, inside of which were clipped four mites – an immature specimen of a tick of the species Cornupalpatum burmanicum, a close relative of modern ixodid mites and a peddler of typhus in the era of dinosaurs, and three mites of a previously unknown species. One of them got into amber right after the “meal”, because of what its dimensions were about 9 times larger than that of the other two “prisoners” of the amber prison.

These mites, judging by the presence of feathers in their pieces of amber and the hairs of another arthropods parasite, dermozid beetles (Dermestidae), fed on the blood of feathered dinosaurs or the first ancestors of modern birds. Their close neighborhood with kozheedami, according to scientists, suggests that these mites lived not only on the body of their feathered victims, but also in their nests, as do modern parasites of birds.

For the time being, this mite, as Peñalver notes, is the oldest bloodsucking tick, known to science, because of which scientists decided to call it Deinocroton draculi, “a terrible mite-dracula.”

His discovery once again shows that parasitic mites appeared almost simultaneously with the first carriers of feathers, and that they were able to survive and adapt to life on the body of mammals that took dominant positions on Earth after the disappearance of dinosaurs.