Mysteries of the Neanderthals 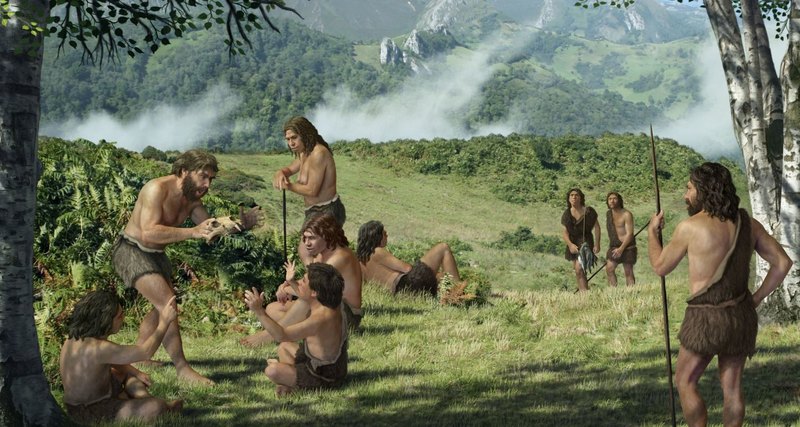 Do you know that Neanderthals lived in houses, used fire, wore clothes, used musical instruments, spears, axes, hammers and even glue with which to fasten different parts of their hunting and working tools?

Neanderthals not only lived in caves and under the protrusions of rocks, but also built shelters. Two holes in France were found holes for wooden pegs and poles, which supported the canopy.

Numerous finds of hearths indicate that the Neanderthals owned fire.

It was the Neanderthals who first invented music. Researcher Ivan Turk, who discovered the oldest known musical instrument in Divya Baba (Slovenia), attributed his creation to Neanderthals. This bone “flute” was created 43 thousand years ago.

They hunted rhinoceroses and adult mammoths. They adapted their hunting strategies to the surrounding terrain: they attacked lone prey in the forests, sought out bison and other herd animals in the steppes and collected birds, rabbits and sea animals on the shore.

To create tools characteristic of the Mousterian culture (300 000-30 000 years BC), Neanderthals required considerable skills and ability to plan actions. In order to create a chisel with the help of a hammer stone, it was necessary to carefully prepare the workpiece. “They have developed techniques that are difficult for a modern person to recreate,” says Thomas Winn of the Colorado University in Colorado Springs, USA.

The Neanderthal glue is completely different from the modern version and is made mostly from tar. But the tar is simply not to be found, it has to be done, and most methods of its production require tools and materials that were not available 200,000 years ago.

To make tar, Neanderthals most likely had to use the process of dry distillation, that is, to burn birch or oak bark in a fire, getting gases that condense into tar. But here’s a catch: for this, we need vessels that could hold gas in themselves, and there were no pottery, not even clay pots.

So how did the Neanderthals succeed? A group of researchers from the University of Leiden tried to solve this problem, using only tools and materials available 200,000 years ago. And, as it turned out, even the simplest method worked. The scientists took strips of birch bark and buried them under hot coals from the fire, and as a result received enough tar to make a small tool.

In the past, a point of view was spread that explains the technological achievements of the Neanderthals, which appeared near the end of their existence, by copying the way of life of N. sapiens, but the study of the Neanderthal sites in southern Italy (42 thousand years BC) is refuted. At least in this region the Neanderthals created a variety of stone and bone tools that differ from those used by early people living to the north.