Mysterious ‘blue goo’ at the bottom of the sea baffles scientists 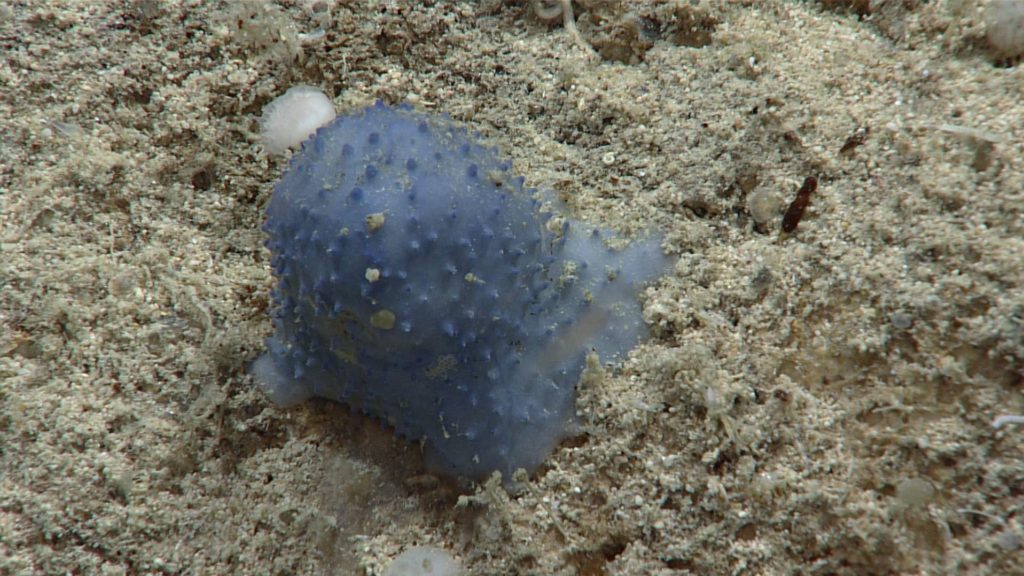 Researchers have been puzzled by mysterious “blobs” that they cannot identify.

Unidentified deep-sea “sticky” creatures of blue-blue color surprised scientists. Mysterious “drops” found on the seabed in the Caribbean. During the live broadcast, the members of the expedition discussed what these cloudy globules could be, but none of the researchers could give a definite answer.

Several blue gooey creatures have been discovered by ROV scientists near Santa Cruz Island, one of the US Virgin Islands. They lay motionless on the sea floor at a depth of 407 to 611 m below the surface of the water.

The researchers piloted the ROV from the National Oceanic and Atmospheric Administration’s (NOAA) research vessel Okeanos Explorer, which has spent the past four months exploring sections of the North Atlantic as part of the Journey to the Ridge 2022 research series. As with any dive during these expeditions, NOAA broadcast the footage live.

During the live broadcast, the researchers noticed and zoomed in on one of the unusual blue creatures and began to discuss what it could be. Some observers have noted that it is probably either soft coral or sponge, and possibly even tunicate. These are gelatinous marine invertebrates, sometimes called sea squirts. The team suggested several possible nicknames, including “bumpy blue thing”, “blue biomat”, and “blue slime”. However, what exactly it is, they did not understand.