Mysterious burial found in the Netherlands 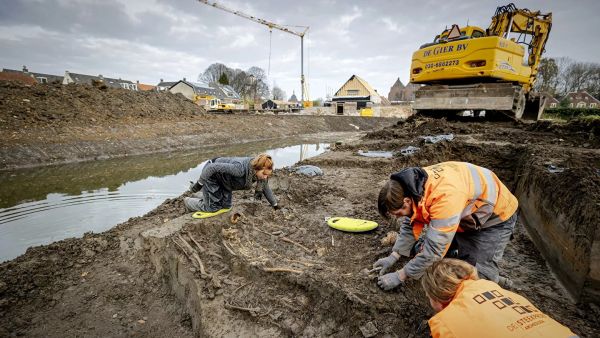 In the Netherlands, archaeologists have discovered a mass grave with 20 human skeletons.

The burial was discovered in the vicinity of the medieval Beitstein Castle near the town of Vianen during excavation work. Moreover, there were no traces of any fabrics or jewelry among the remains.

The head of the local municipality Christa Hendriksen said she was “surprised” by the find. She noted that some of the skeletons were stacked on top of each other.

“It is clear that this is a historical find. The skeletons date from the Late Middle Ages to several centuries ago,” Hendriksen said.

According to scientists, people buried in a mass grave could die at the same time. At the same time, experts do not doubt that other remains will be found in the future.