Mysterious elixir from 2,000-year-old Chinese tomb turned out to be alcohol 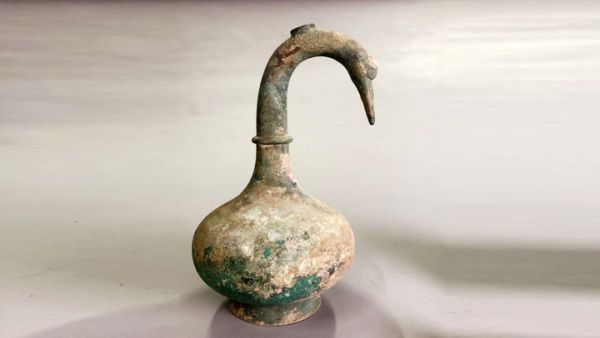 Archaeologists have uncovered the secret of the elixir from a bronze swan-shaped pot. He, along with other artifacts, was found in the central Chinese province of Henan at the end of May in a tomb that is about 2,000 years old.

This pot contains more than 3 liters of liquid, which has been examined for several months and has now been confirmed to be alcohol.

More precisely, a tincture of alcohol, which was used to stop bleeding and reduce inflammation, writes China.org.cn.

Such information was reported at the Institute of Cultural Relics and Archeology of Sanmenxia – the city where a tomb with jade, ceramic and bronze objects was discovered, including a pot with an elixir.

As for the owner of this tomb, the cause of death is difficult to establish due to the fact that the remains are poorly preserved. We can only say that it was a man about 1.8 meters tall.

The city of Sanmenxia, ​​where he lived and was buried, was located between the two ancient Chinese capitals of Xi’an and Luoyang and was a military and transport artery, as a result of which this region is rich in historical relics.