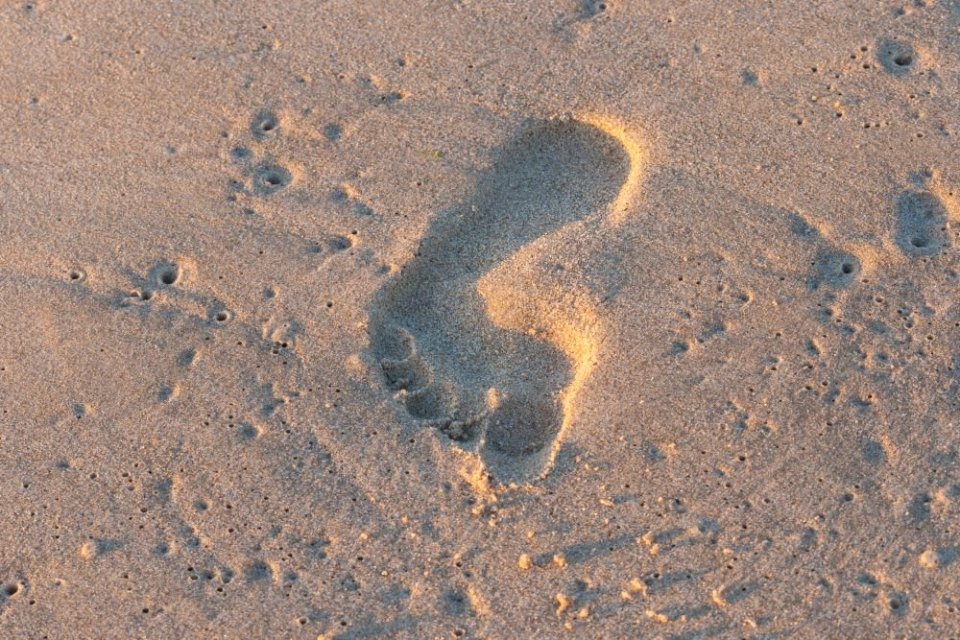 Researchers from Cornell University have discovered prehistoric ghost footprints in the desert in Utah (USA). They are so named because they appear on salt marshes only for a very short time, when suitable conditions of humidity occur.

The opening is reported by Heritage Daily. It was actually done by accident. The research team was returning from archaeological excavations, which were carried out at a military training ground, and made a stop in the desert.

There, the scientists decided to try out new methods of non-invasive archaeological research, including the use of a magnetometer and ground penetrating radar. During the experiment, the team unexpectedly discovered human footprints previously invisible to the naked eye. To date, 88 such prints have been discovered and described.

Archaeologist Daron Duke of the Far Western Anthropological Research Group research project explained that excavations have been carried out at the site. They made it possible to determine that some of the footprints were left simultaneously by a group of people, which included both adults and children aged five to 12 years.

The scientists also determined that the footprints were left during the Pleistocene, a geological epoch that began about 2.58 million years ago and ended about 11,700 years ago. It would be possible to refine the dating from organic remains using the traditional radiocarbon method.

However, archaeologists have not found organic matter. In their opinion, in the territory of this desert for the last 10,000 years there were definitely no wetlands that could leave organic matter. Although before that, it is believed that there could be a large lake with salt water. According to a number of signs, scientists have suggested that the age of ghost tracks exceeds 12,000 years, that is, they were left during the last ice age. This age is consistent with the popular theory about the period of the first settlement of America.