Mysterious inscription found in the ancient city of Patara 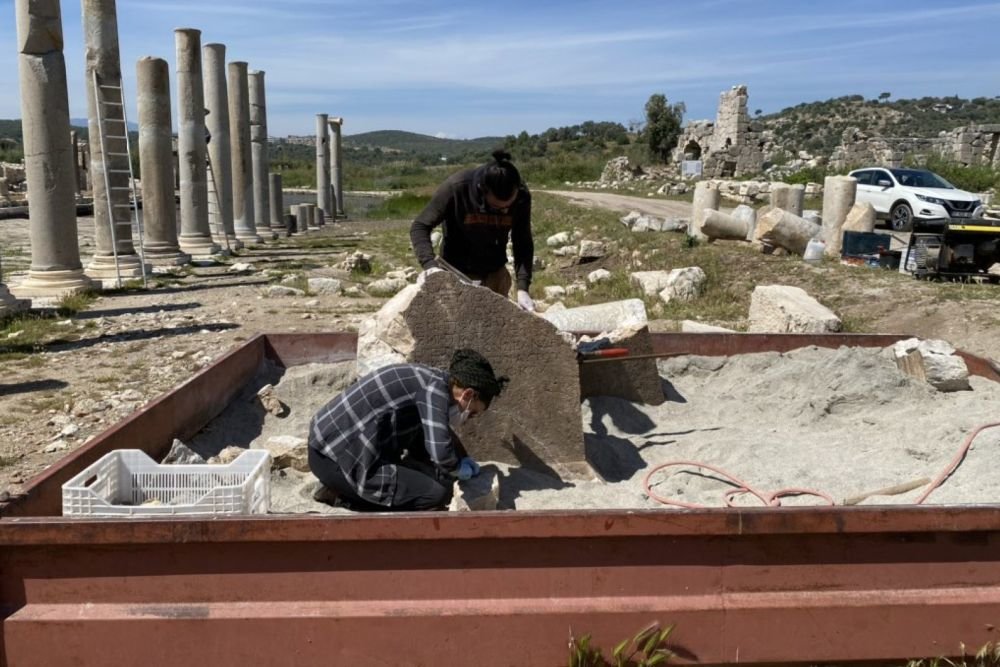 In Turkey, an archaeological team conducting excavations in the ancient city of Patara discovered an ancient stone with an inscription that was allegedly installed in the theater.

According to Daily Sabah. This is a city called the “cradle of civilizations.” Patara was the capital of the ancient Lycian Union. At one time, it was one of the most developed cities in the world. By the way, it was located near the modern Mediterranean resort of Antalya.

Archaeologists have excavated the ruins of an ancient theater and found a rather large stone that has been underground for centuries. A mysterious inscription was discovered on it, which experts have not yet deciphered.

However, this is a matter of time. For example, the name of the person mentioned in the text is already known. Scientists promise to announce it soon. In the meantime, it is only reported that the inscription was dedicated to an important and influential citizen who enjoyed great authority in Patara.

“This is a significant inscription that pleased us very much,” says excavation professor Professor Havva Ishkan Ishyk from Akdeniz University. “The inscription was given to experts from the Antalya Restoration Laboratory who have already begun studying it. The name of the citizen she mentions and the contents of the text will be disclosed in the near future”.

Patara was the center and main port of a powerful union that united 23 city-states. It was located in a region inhabited about 6,000 years ago. However, the city itself was probably founded around the 7th century BC. According to Strabo, the city was founded by Patar, the son of Apollo and Lycia.

This port has experienced many significant historical events. Many famous personalities have been here. For example, this city surrendered without a fight to Alexander the Great. The Roman emperor Nero, Saint Nicholas and the powerful Sultan Abdulhamid II visited here.

In ancient times, the sanctuary of Apollo with the oracle was located in Patara. In addition, it is believed that one of the world’s first democratic parliamentary systems appeared in this city.