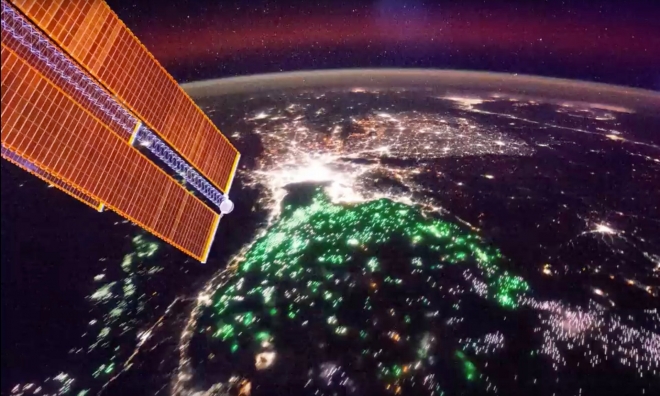 A scattering of strange green lights off the coast of Bangkok, captured from the ISS astronaut Reid Wisman. The picture was taken from a height of over 320 km.

“Bangkok is a vibrant city. Have no idea what it is” — expressed surprise, Wisman in your comments to the pictures. Theory of the origin of a mysterious glow ranged from aliens to nuclear wastes and bioluminescent algae. But NASA has a far more ordinary explanation.

The light is focused in the area of the Gulf of Thailand, comes from a variety of bright green led lights used by fishing vessels to attract squid and other marine life.

In October 2013 on the website of NASA’s “Earth Observatory” has published an article entitled “Fishermen from South America and South East Asia light up the ocean with powerful lamps that attract the plankton and fish that feed on squid”. According to this article, squid, pursuing its prey to the surface where the fishermen are easier to catch. One boat can carry more than a hundred lamps, generating as much as 300 kilowatts of light. 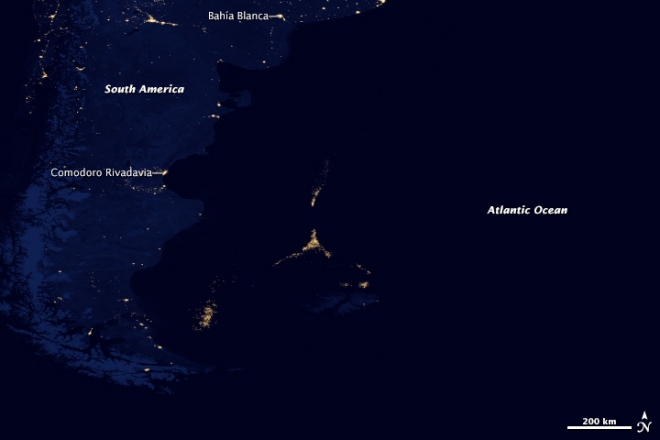 Scientists first spotted the “marine lighting” in the late 1970s — early 1980s in the course of the compilation of the first maps of the Earth at night. “These lights can reveal a complete picture of night fishing activity with astonishing accuracy,” said Dr. Steve Miller of Colorado state University who has been studying satellite data. 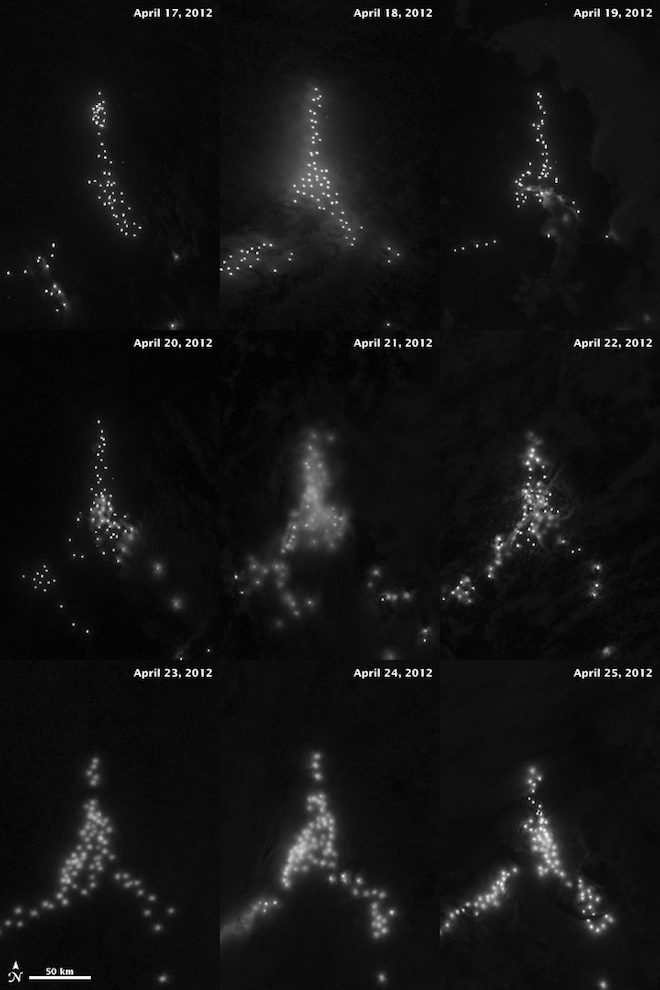 These boats help to make Thailand the world’s largest exporter of squid, but currently uncontrolled fishing in the region is threatened by depletion of fish stocks. At least a quarter of the world’s population is concentrated in eight countries that border the adjacent Bay of Bengal, and many of the inhabitants depend entirely on fishing. The last decade the authorities have sought to expand it, but didn’t consider that the ocean is not a bottomless pit of resources. 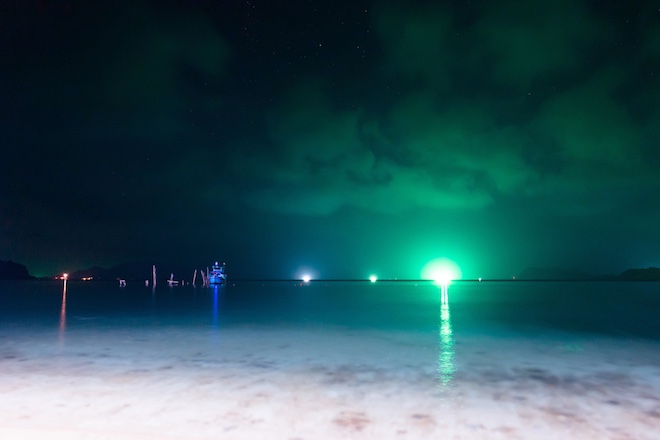 In addition to the overexploitation of the ocean ecosystem and to destroy pollution and sea level rise due to climate change. Several large rivers flowing into the Bay bring huge flows of untreated sewage, plastics, industrial waste. High loading of organic pollutants, combined with the decrease in the number of fish can lead to massive algae bloom and further reduce oxygen content in the water.

Last month an international research team has reported some disturbing news — “dead zone” in the Gulf already covers about 60 000 square kilometers. Scientists warn that the ocean is approaching a tipping point, which will have serious consequences for all of the planet’s oceans and the global nitrogen cycle. However, the collapse of fishing in the region can lead to increased conflict and mass population displacement.