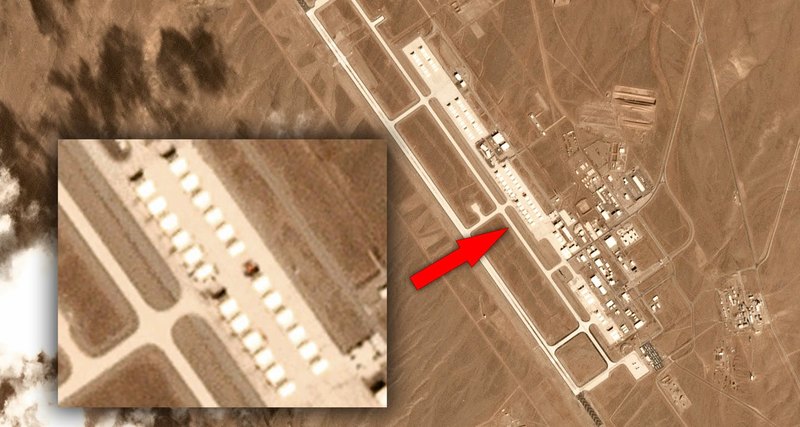 Mysterious shadows that may indicate the presence of aircraft of unknown origin at the airport are seen in a fresh image of the US Air Force Tonopah training ground, also known as Zone 52.

The US Air Force’s secret Tonopah training ground is located 48 kilometers southeast of the city of the same name in Nevada and 110 kilometers northeast of the famous “Zone 51”. The landfill was first opened in 1957 and was used to test various types of weapons. From 1977 to 1988, the Tonop, also known as Zone 52, hosted a training program for training air battles with Soviet aircraft, and from 1982 to 1989, they conducted secret tests of the F-117 Nighthawk fighter. At present, the Tonopa test site is used by the US military, as a rule, for testing nuclear weapons, various missiles and ammunition.

Its territory is closed to civilians and carefully guarded. Recently, the landfill area has been actively reconstructed, and last year, eyewitnesses managed to shoot training flights of F-117 fighters, which have been officially decommissioned from the US Air Force and mothballed on the territory of Zone 52. Probably, with their help, the military are testing the capabilities of promising sixth generation fighters, although some experts say that in fact aircraft are prototypes of autonomous attack aircraft of the future.

A fresh high-resolution satellite image shows the southern edge of Zone 52, where there are hangars built for F-117 aircraft. Mysterious black shadows are visible next to them, which were not in previous photographs of the base. In shape, they do not look like shadows from famous aircraft – at least because of the lack of wings and somewhat smaller sizes. It is likely that secret aircraft of unknown origin and destination are parked at the hangars. It is possible that these are helicopters undergoing tests in the neighboring “Zone 51”.